This small town, located 90 kilometers from the capital, is accessed by the CM-401 Highway until you reach the turn-off of the CM-4031 from where you reach San Bartolomé de las Abiertas.

Municipality located on the border between the regions of la Jara and Montes de Toledo is located in the valleys of the Pusa River and the Sangrera. The typical scenery of its municipal area is characterized by its extensive plantations of olive groves, pastures of holm oaks and large fields of grain, accompanied all of the high landscape value which gives its springs and natural lagoons.

The history of San Bartolomé de las Abiertas is back in the middle of the 18th century, when it is formed as independent Council. Until that time, there were two populations San Bartolome, which was founded in the first quarter of the 16th century and the open founded prior.

The traveler who decides to visit the municipality can contemplate its main building, the parish church of San Bartolomé, de Latin cross built in modern times, its original factory is covered by grey cement in the socket and the other painted beige with imitation of Ashlar blocks. Interior is handcrafted of high-quality wood.

Walking through the streets we found City Hall located in the old parish house built at the end of the 19th century. This House was transferred to the Archbishopric by Corrochano Pantoja family, to change that annually celebrated a mass in honor of two members of the family who died in 1936. Later in the year 2000 the Archbishop led to swap the building with the City Council.

Another of the buildings that you can visit in this municipality is the House of Gethsemane, neo-Mudejar style located in the plaza of the trade, this House was ceded by a neighbor of the town to a religious association, currently at her gatherings are held.

We must not forget the various houses of work that are dispersed by the municipality, raised most in the 19th century are an example of typical construction Toledo, very pointed in their tileries. A sample of this type of houses is the farmhouse of Pelanos.

Within its popular architecture highlights a drum, old building whose main function was that of water storage, which is currently converted in windmill. There are also numerous wells and fountains, places where abrevaba livestock and where water for household use, such as the well of the ladders and the Vallejo, pylons and the spout of the elected are picked. 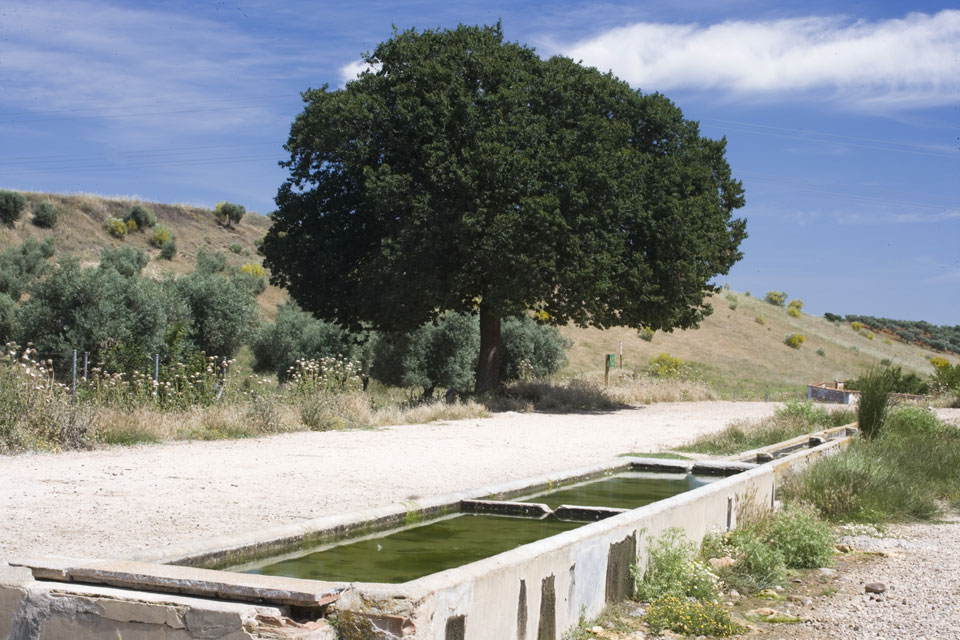 The traditional "dance de la Pera" held at the Plaza of the Church is known in San Bartolomé. The Act consists of a circle presided over by the authorities of the people and the pastor, within this, put a table with a tray full of pears. When the Mayor gives the order, the musicians begin to play a typical song, time that take advantage of the concurrent to enter the roll, give a donation, take a PEAR and to dance. This tradition does not have a particular source, is counted as a legend that in a bygone era, the inhabitants of the town suffered an epidemic of plague that made many of them sick. A neighbor, mother of one of the sick, offered to the Patron Saint of their town, go dancing during all the procession with the fruits of the season in hand, to change that this heal his son. The young man healed and, since then, repeats the dance every year.