It is an eighteenth century baroque building that has a Latin cross with a nave composed of three sections with arches and barrel vault discount. The tower, which was built later, has a two-body structure with octagonal domed fronts. The first news about the renewal of the parish church date back to 1608. The tower is a really original in the Toledo landscape. Heir to the Moorish tradition, is difficult to pinpoint a date of completion, but what is certain is that suffered many renovations over the centuries. The original draft Vergara was refurbished in 1613 by Juan Bautista Monegro, with whose peculiar style can relate the current factory. The general structure of the building, except the dome should be well advanced by the year 1630. It is noteworthy that between 1670 and 1671 were decided to wall up the windows of the church, which does not seem very normal, except that construction safety forced to such extremes. The truth and the truth is that today there is only one ship in the open window softly illuminates the interior of the temple.

It is a building of the fourteenth century Islamic, next to the parish church of Mascaraque origin. Currently, the property is private but is negotiating access to the general public. In 1980 Jose Manuel Sierra Prade started rebuilding this castle whose status was abandoned. The reconstruction lasted for five years, stones from the quarries of Sales with Peña Aguilera was used and worked as a bricklayer master Luis García Manzano, resident of the town of Mascaraque own. All reconstruction work was led by own Jose Manuel Sierra, a man who loved castles and became a great patron for the town of Mascaraque. The castle is surrounded by gardens and orchards in which can be seen from palms, pines and olive trees to fruit trees and vineyards. 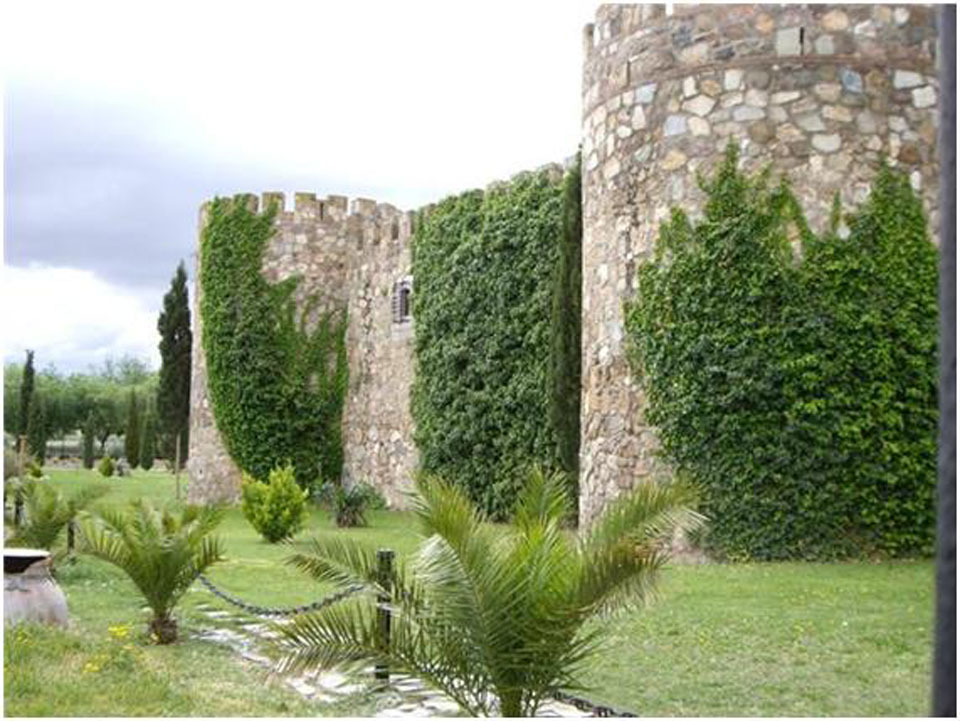 This eighteenth century building is now used for civil weddings and exhibitions, as their use is given to the local council who has destined this temple to the realization of cultural events, also houses the Museum Vivar Mail. The exhibits are life-size reproductions of the painter. Not all have been reproduced using the same technique.

Data of interest of Mascaraque