Marjaliza, a small town southeast of the province of Toledo. Access it from Toledo taking the CM-401 road towards Ciudad Real to reach the town of Yébenes, from where we take the CM-4017 to reach our destination.

This small town of just over 300 inhabitants is located in the natural region of the Montes de Toledo, surrounded by beautiful landscapes and natural areas.

Marjaliza are few data we have about its origin and historical evolution.

It was settled in Roman Hispanic era and continued to be inhabited during the Visigoth domination. It is known that in the thirteenth century and existed as a farm and in 1550 the council makes its ordinances. In the 1571 case filed against the site Marjaliza for refusing the council to pay the rights of offal to the Holy Brotherhood and in the seventeenth century there is again new lawsuits with Toledo, since the municipality of Marjaliza is expanded without permission. Already in the eighteenth century it speaks of a town called by Livy "Marcolica".

Entering through its streets, full of tranquility and peace, contemplate the Hermitage of Santa Quiteria, Temple which has a rectangular plant of a single ship that is divided in two by a pointed arch. The main chapel is closed by a wall in which three arches open. The door is situated at the foot and lintel, topped with a brick belfry of a single span. Its roof is pitched and masonry factory. This temple was raised to honor Santa Quiteria who has a great affection between marjaliceños.

Legend has it that Santa Quiteria escaped because his father wanted to marry. In his flight he met a shepherd with his dog when he asked her not to betray her, then hid Santa Quiteria. When his father and the other men who pursued arrived, they asked the pastor if Santa knew where it was. This did not speak, but waved his hand to where she was hiding. The dog bit the hand to shepherd and Santa Quiteria whistleblower was killed.

Continuing the tour, we can see the Church of San Juan Bautista, located in the center of Marjaliza between the Real Street and Plaza del Generalissimo. Built in 1576, it is held in Toledo rig. Its main facade has a semicircular arch and jambs cement as an imitation of rusticated blocks. The head is facing east, made of square with hip roof. At the foot of the church tower made of brick arches rises. The interior of the church has three naves with a high choir and emphasizes its good condition.

Agriculture is, together with livestock, their main economic activity, dominating the arable crop and the olive grove. To a lesser extent the cultivation of vines and fruit is also given. As for livestock breeding stands cattle and goats.

In the resort highlights the quality of the water that flows from his holy Source, attracting many residents of the nearby villages, because it gives health benefits. 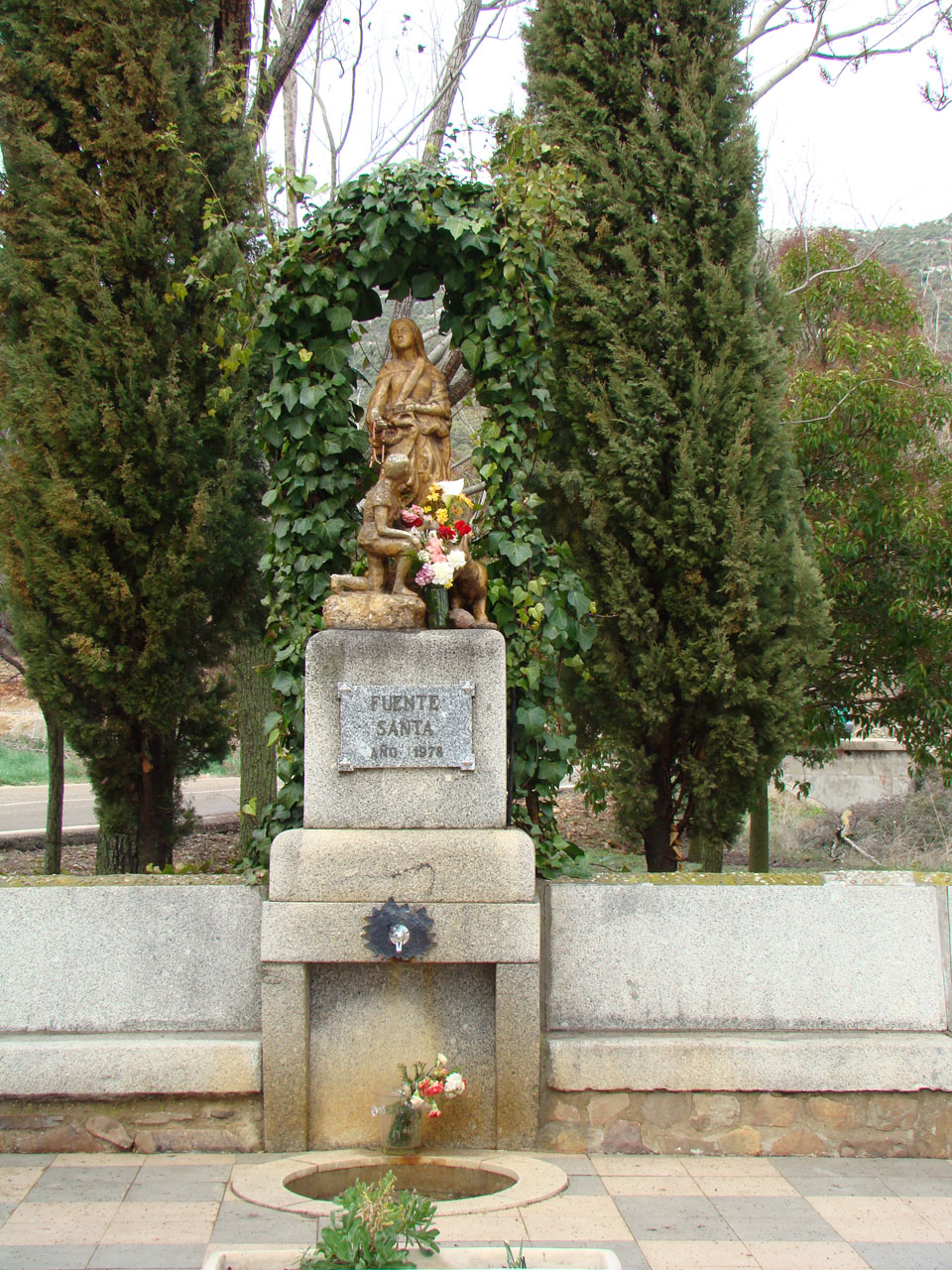 Data of interest of Marjaliza