Manzaneque Castle is located in the urban area of ​​the town. It built in the fifteenth century by Iñigo de Avalas. This step by Don Alvarez de Toledo, secretary of the Catholic Kings and later to the Counts of Cedillo eventually leave.

Manzaneque City Council took ownership of the castle using it as a file.

In it it was installed some of the municipal offices. In 1833 this majestic building served the residents of the town as a refuge to the Carlist.

If you are in the town of Manzaneque be sure to go through this architectural element that is part of history to visit the interior only has to consult the schedule at City Hall, certainly they delighted teach them this construction units. One of the rooms of the castle houses a sample of the castles that tourists can find touring known as Ruta de los Castillos. 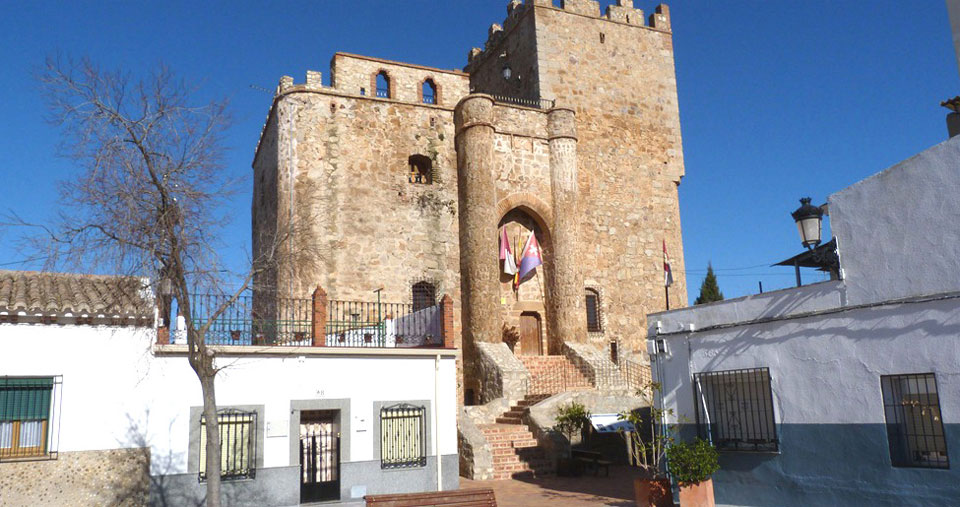 Rectangular building that takes the place of the old chapel. It is a building built in the twentieth century wedged between a masonry brick curb Toledo. The gable roof is covered with curved tiles. The entrance is located at the foot of the temple and is accessed after a cover of railings. In the south facade a memorial plaque with the name of the Hermitage is observed.

Church of the Assumption of Our Lady

After being destroyed in the War of Independence appears that it was rebuilt in 1820. The Renaissance style is imitation in his whole both interior and exterior architecture. The interior walls are composed of semicircular arcades separated by rectangular spigots, which form attached columns ranging from the socket to the cornice of the temple.

At the main entrance of the church we can see a beautiful lattice we find the own cross of the Order of Knights of St. John (in the eighteenth century Manzaneque appears added to the charge of Yébenes of San Juan, vicarious Alcazar de San Juan). Also in the lattice we are the current shield of the town, where a castle appears at the top and bottom two apples and again the cross of the Order of San Juan. And over the royal crown.

Data of interest of Manzaneque