It is a two-storey building that has run portico and balcony. On the first floor there are several windows with lintel, jambs and sardinal granite, the railings are made of wrought iron without decoraciónn.

On the second floor, three wooden windows giving access to large-scale continuous balcony which rests on the lower porch, cerrrándose with wrought iron fence undecorated and separated by piles of granite balls shot open. The columns that support it are Doric and topped with big shoes and a prominent cornice, all made of granite.

The facade is topped by wooden brackets and hip roof with curved tiles.

His condition is good and has been renovated in 2002, performing a discovery of stone, original wooden floor and ceiling arteonado.

The highlight of this building is the Plenary Hall, a work worthy of a visit. 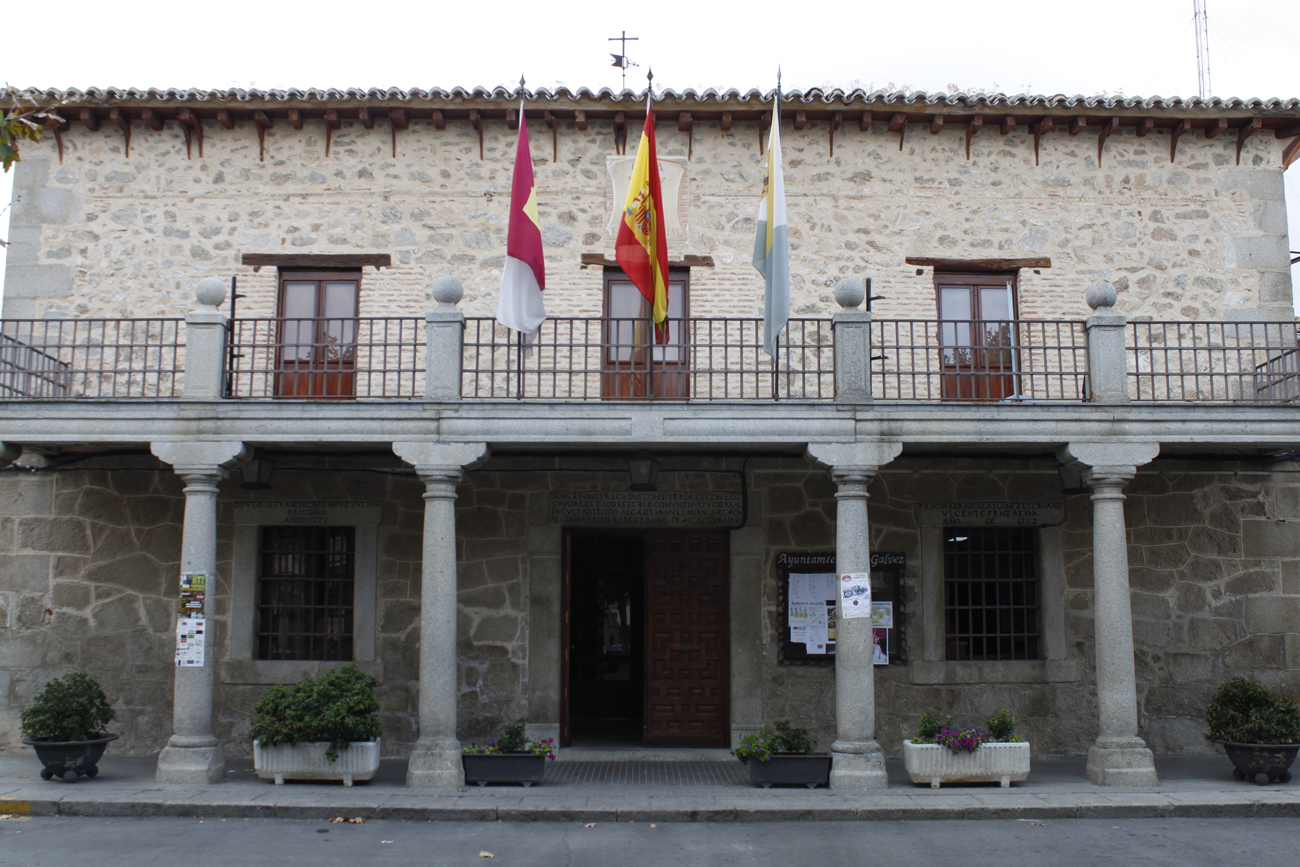 Located on Church Street is the temple of the XVI century consisting of three ships carried Mudejar masonry and brick with pitched roof. The bell tower located at the foot of the church. It is cuaúada tower plant with a base of granite blocks and three bodies. Topping a turret tower octo gonal smaller plant with arches topped by u na brick cornice and eight water covered with curved tiles rises.

Inside are three naves separated by arches gave me dovelaje point with brick buildings. The roof is lowered vault. The chancel, the transept and the aisles are apilastras with prominent cornice SVIII century, while the nave is possibly bill before the sixteenth century as the tower.

It stresses the granite baptismal font, decorated with beads and gallons. This temple has been restored in the late 80s. 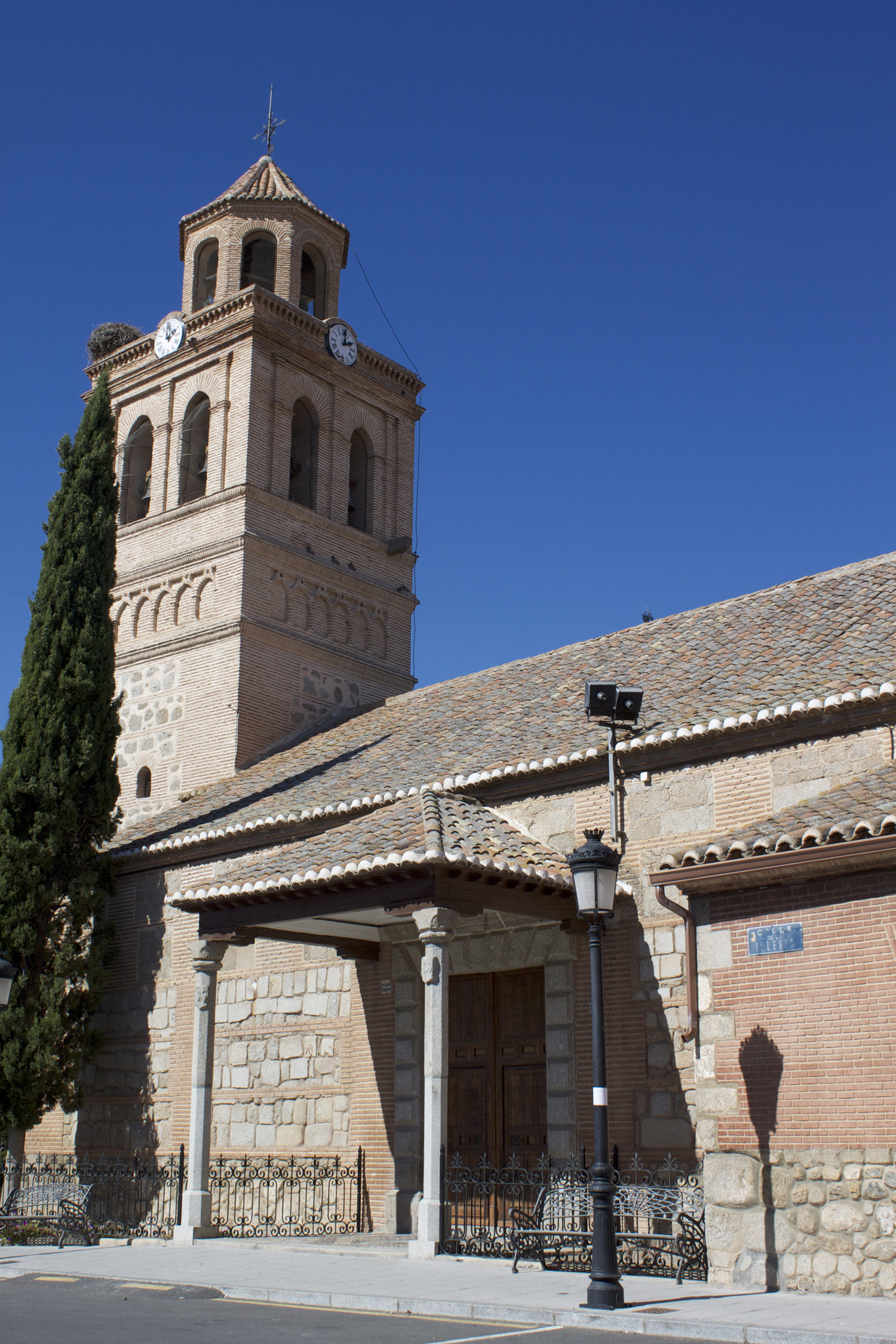 Chapel of Our Lady of Sorrows or Christs

Located in the Calle de Los Cristos is the chapel of three ships made of masonry and Toledo rig. The cover is facing east with access mendiante three steps of brick and granite blocks. Encuentgra the facade topped by a belfry with a single arch made of brick medi point where a bell is located.

On the north side a second door with wooden lintel and jambs reinforced brick opens.

It is pitched roof with curved tiles. It is very upset by recent restorations.

It was built in the sixteenth and seventeenth centuries and its last restoration dates from 1981 when these tasks were performed discovery of stone throughout the tempo, removing the caladura who was present on all the walls. 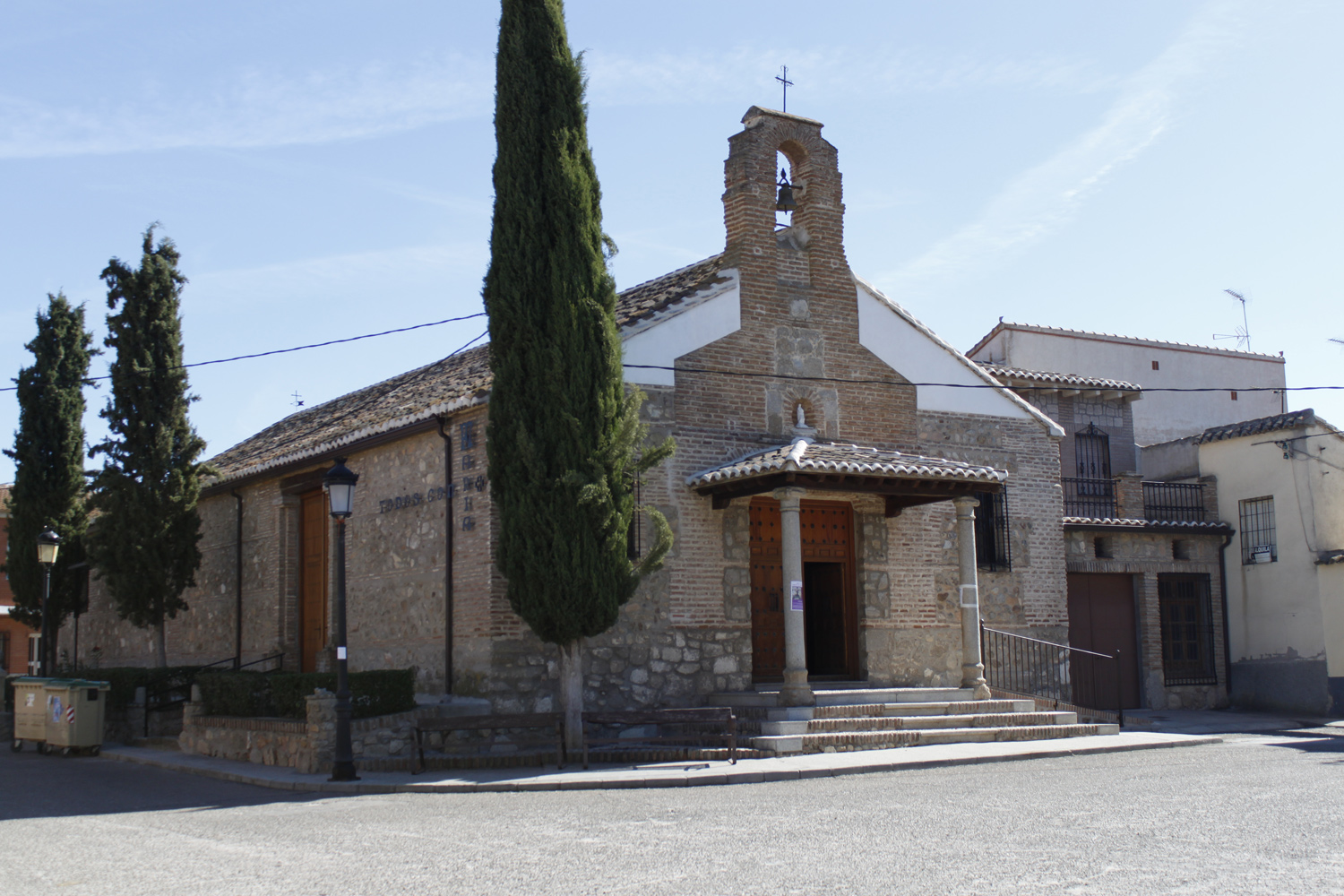