It was declared a National Artistic Monument by Decree of Ministerior of Education and Science on July 10, 1975.

Built between the fifteenth and seventeenth centuries by order of Garcilaso dela Vega and his wife Sancha de Guzman, parents famous poet, it has a nave with five sections and side chapels.

On the outside of the building, next to the front door of the temple is a cross formerly used as ordeal in the Via Crucis, made in stone berroqueña on a flowery Gothic grenades early sixteenth century.

Church built entirely with granite stone, consists of a central nave, which leads townhouses some chapels and other departments, and her feet a slender tower. 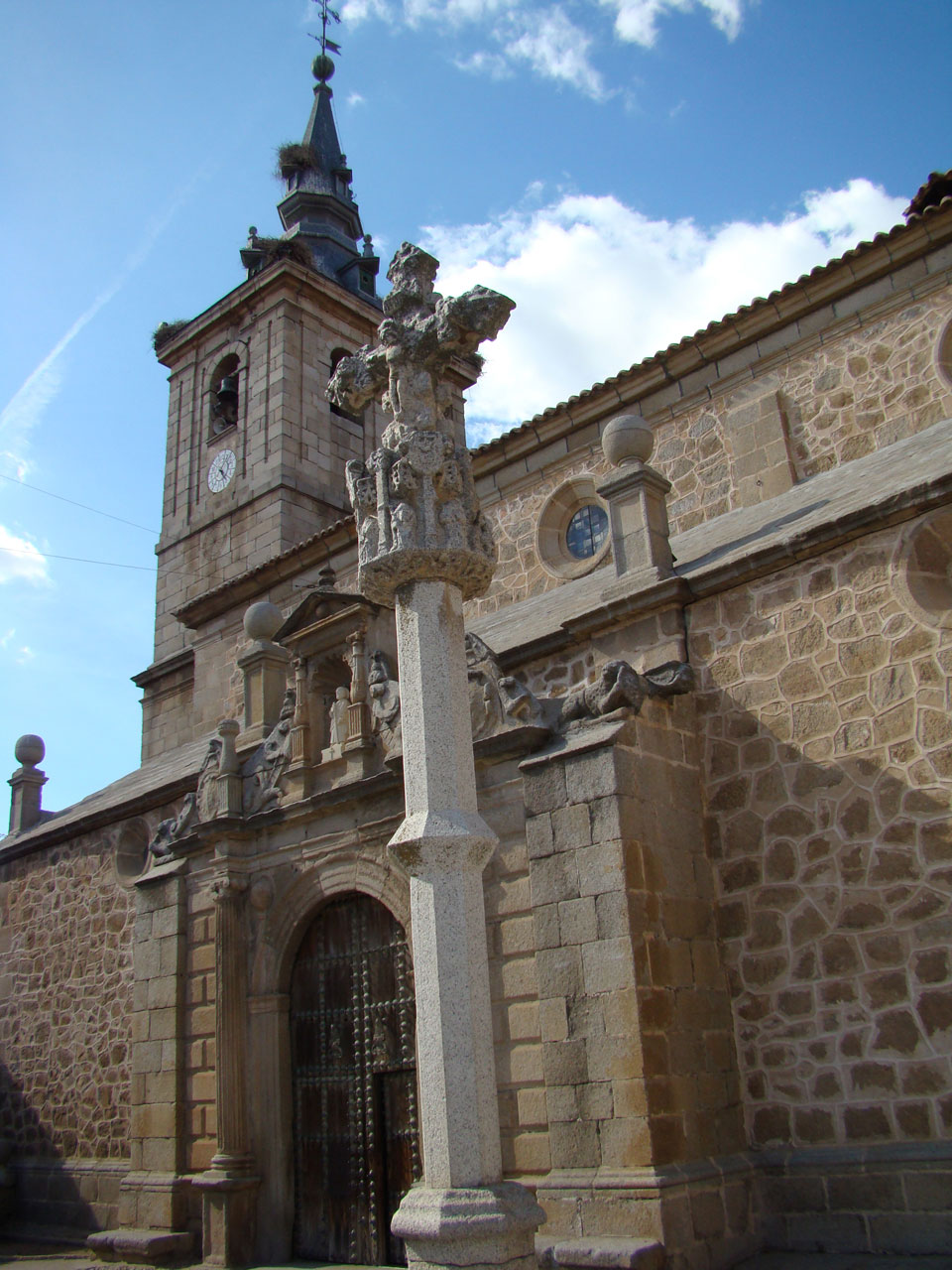 It was built in the early seventeenth century known as the New Palace. By order of Pedro Lasso de la Vega became grammar school and singing to service Parish Cuerva with the name "School of Infants of San Ildefonso. '' From 1930 he was qualified as House Headquarters of the Guard Civil, after going to host the Schools.
Castle Peñaflor

By order of King Alfonso X "The Wise" this Castle was built in the thirteenth century.

In the fifteenth town and castle they were acquired by the Advanced of Cazorla Juan Carrillo and then by Garcilaso de la Vega (father of the famous poet). This family became habitual residence for some time.

It is square with four corner towers of medieval military architecture, the walls are of considerable thickness and gneral rig is solid masonry with very strong lime. The building has three floors with large windows that could be modified in the Renaissance since ancient castles were built not so great. It is a pleasure efificación defense and not for that reason it is located in a flat landscape. 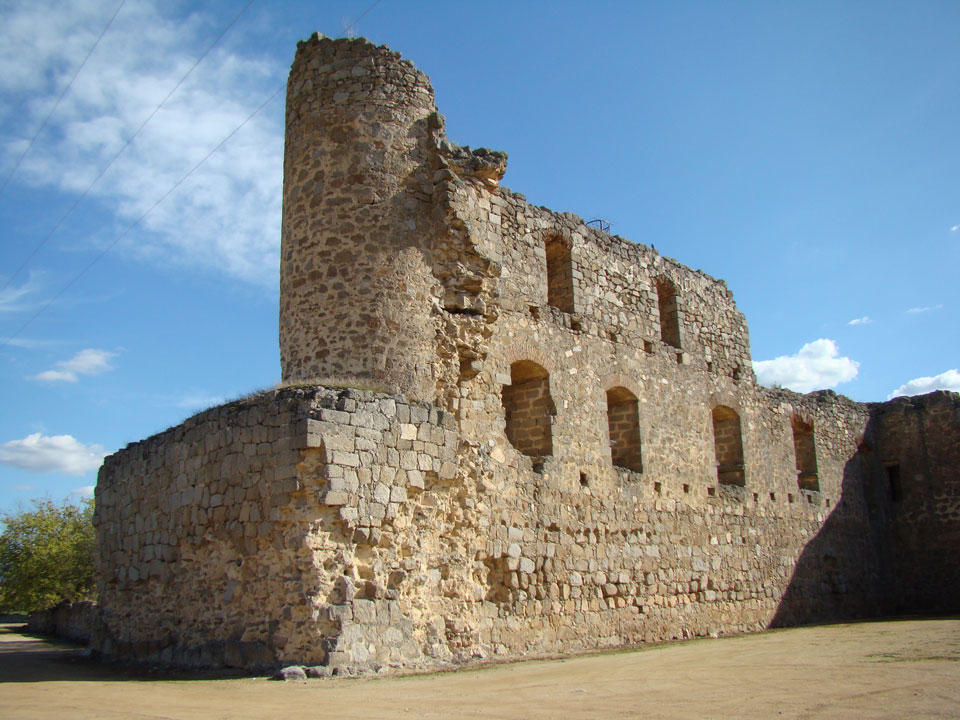 This Roll and was commissioned in the sixteenth century by Juan Carrillo of Toledo, when he was recognized Cuerva as Villa by King Philip III. It stands on the old road to Toledo and consists of a thick pillar of two bodies of granite, topped by a Corinthian capital on a beautiful stone steps.

Ermita made of masonry mortar and locked with a hip roof. It is a chapel of a nave and apse plan or the rectangular main chapel, and separated from the nave by an arch. This chapel is mentioned in documents of the sixteenth century for the creation of stairs to the altar in 1571 made by the stonemason Crow, Antón Sanchez de Orgaz. 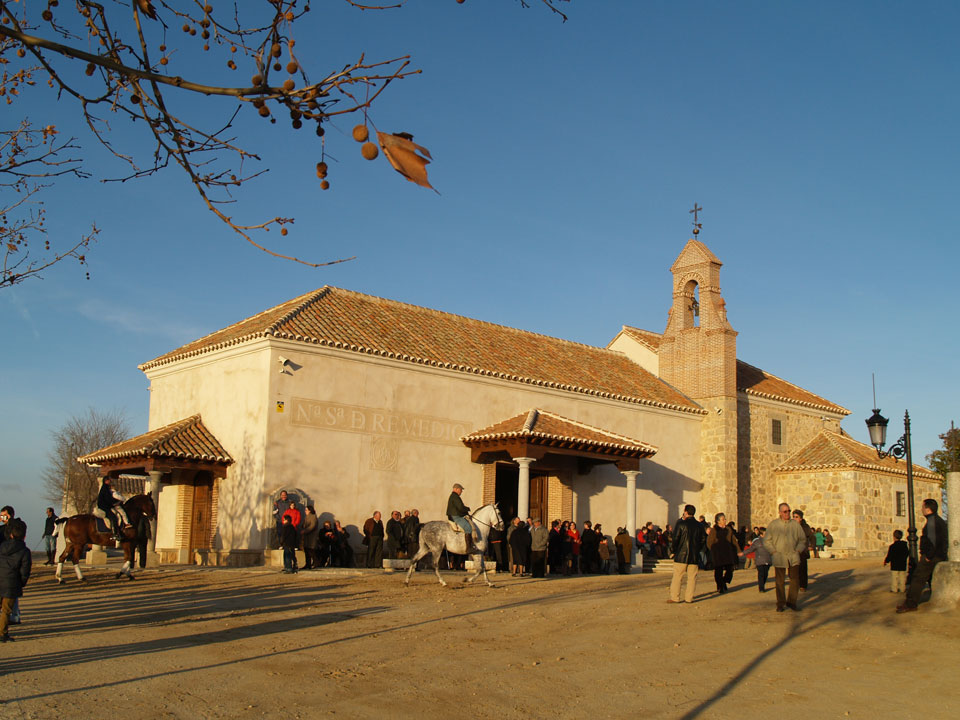 Data of interest of Cuerva