Consuegra is located southeast of the province of Toledo. Its southern boundary corresponds to that of the provinces of Toledo and Ciudad Real. With respect to both provincial capitals, Toledo and Ciudad Real, equidistant 65 and 66 kilometers respectively, being connected to the regional capital directly through the CM - 42, Highway of the vineyards. With regard to Ciudad Real, is taking the CM-4136 road, and later in the town of Urda take the N-401.

The historical legacy of the city of Consuegra is one of the most important of Castilla La Mancha. From prehistoric times until today the city has been a melting pot of cultures that have left an indelible mark, formed a unique historical landscape.

Caliphates kingdoms fought for Consocra building an ancient castle whose feet, died Diego Rodríguez, son of the Cid, the August 15, 1097, against the Almoravids. In the same strength it had based the Order of Saint John of Jerusalem from 1183, Consuegra being the capital of the Grand Priory of St. John of Jerusalem in Castilla y Leon. Impregnable stronghold, home to kings, where confuyen giants and evocative mills adventures of Don Quijote.

Consuegra is a stage on which visitors are the protagonists, so this villa invites you to be part of its history.

Our tour begins at the Cerro Calderico, in which the evocative power of the castle and windmills (Cultural Interest), which will make them feel unique Don Quijote or Dulcinea.

Visit the interior of the giants and know how to operate these devices is one of the first activities to be performed. Currently they have recovered eleven of the thirteen mills and four of them retain the full mechanism and are able to work.

The castle sits on a Muslim fortress of X-XI century, fortified by Almoravids and Almohads. It consists of a double line of walls, three towers, one watchtower and an exterior walkway. In it we explore the rooms of the fortress, terraces climb the towers and see the vast La Mancha plain. But if you really want to get into the Middle Ages nothing better than hand "Vellum Theatre" company during the weekends, through a theatrical tour, will let you know the historical figures who forged the fate of the region. For the youngest of Consuegra Charming home, we will present the small Cid Rodrigo, the world of witches or princess Florinda, likewise, do want to marry in the fort, will take care of that on this day everything perfect. 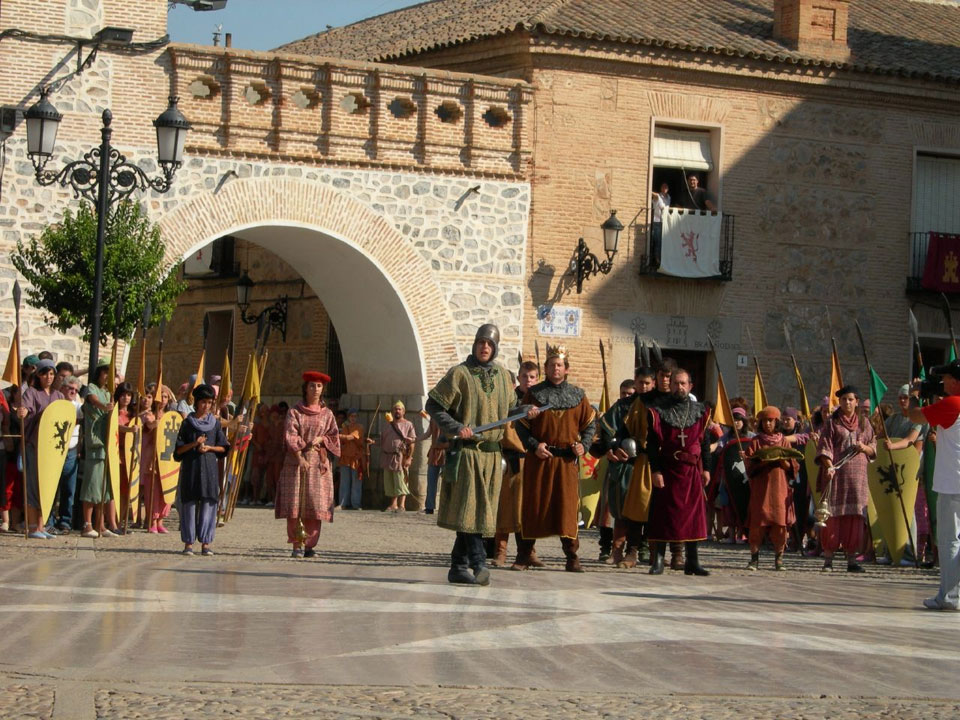 We continue the visit in the village, here we find the Plaza of Spain, consists of three main buildings and a number of houses attached to them. The architecture of the square of Spain will put us in relation to the character of the city. Among the buildings that stand out is the Town Hall, the work of 1670; his factory, with typical Toledo rig is formed with double row of brick and stone boxes. At the top of a sundial and annexed to this are the bow and the clock tower remains. Opposite the Town Hall is the building known as Runners, seventeenth century work, which is one of the most prominent buildings in the city, with beautiful balconies carved with cherubs, and bare wooden arcades. In it the Archaeological Museum, where pieces dating from the Neolithic to the late nineteenth century is situated. West facade of the school building is San Gumersindo, of Castilian Mudejar factory and historicism, was built in the early twentieth century. 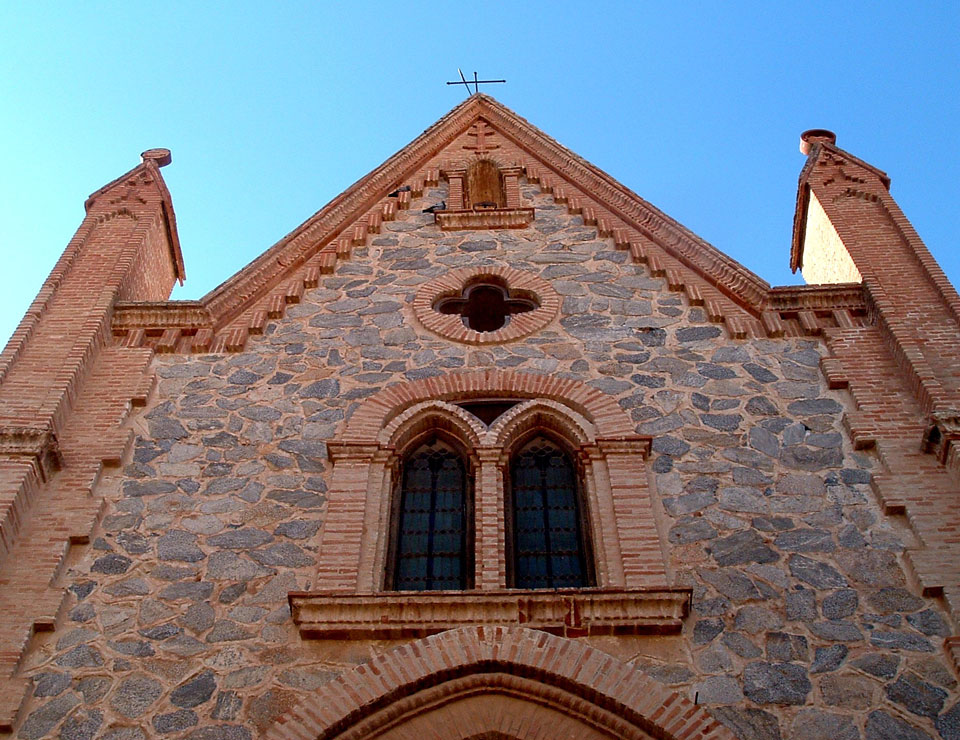 Then Tercia House, home of Charge of the Knights in the city which houses Roman remains, the church of Christ of the Vera Cruz (Cultural Interest), with its museum donations and votive offerings.

We will continue our journey in the Plaza de la Orden, we find the church of San Juan Bautista. Built in the sixteenth century, consists of a longitudinal plant and planimetric structure in the form of a Latin cross, with attached and divided into four symmetrical bodies tower. Noteworthy in this square the heraldic coat of arms of Cervantes.

The neighborhood of the Fair and the Church of San Rafael, Santa Maria Maggiore (Cultural Interest), the convents of the Immaculate Conception of Discalced Carmelites or the Franciscan Fathers, make the visit.

Outside the village are the Roman dam, this is 4 kilometers of Consuegra on the road to Urda. With a length of 800 meters, it is the largest preserved the Roman world. Spillway consists of a central area and reinforced with 15 buttresses, environment complements a Roman necropolis, remains of town and aqueduct pipes.

The monumental offer is complemented with visits to wineries, oil mills, potteries or activity Forjasport novel, pioneering Industrial tourism company that allows the tourist to know the traditional customs and practices in the development of the forge.

The visit would be complete without sampling the tapas and pinchos medieval, marzipan, cheese, oil, fine wines or buy saffron, leather or windows.

Data of interest of Consuegra