The church is dedicated to the town's patron, St. Leocadia. It is rectangular and has only one nave with the main chapel and the choir. He has long had a coffered we can only see remains as it disappeared after a fire. The nave is masonry, topped with blocks at the corners. The tower, brick masonry and has three sections and is topped by a pyramidal structure. On both sides there are two towers flanking the same material as the main tower. 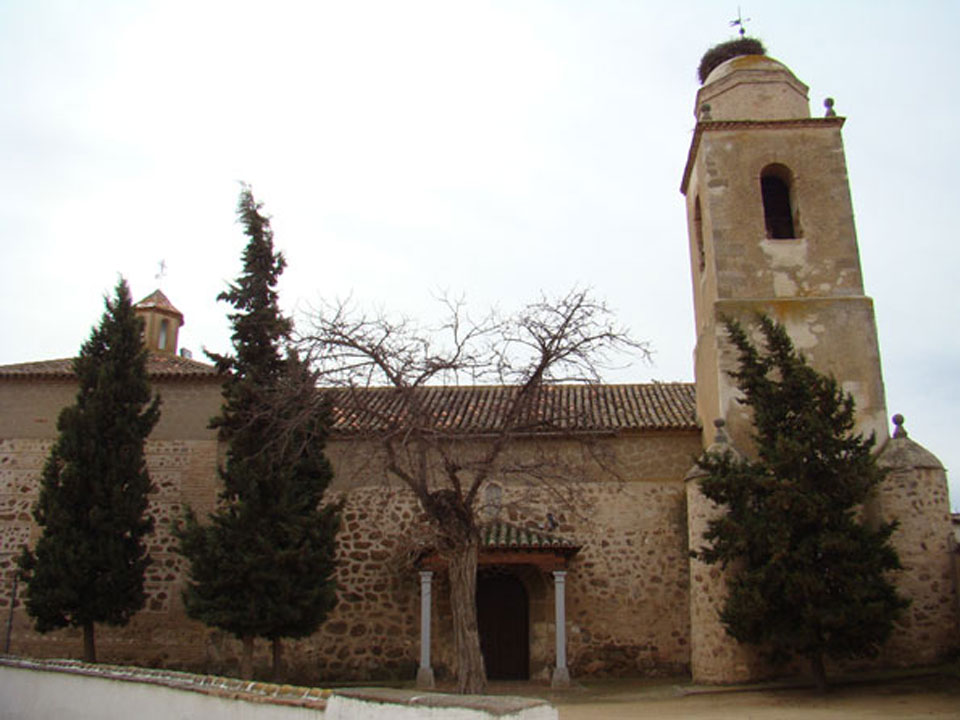 Known as "The Palace" or "House of Bark 'this stately home was built in the mid-sixteenth century by Alonso de Covarrubias. Architect and sculptor, bias Covarru, was for years the master of the diocese of Toledo and made some important works as the convent of the Carmelites in Alcala de Henares. in Toledo he made improvements in the Door of the Presentation in San Clemente Cathedral and Royal remodeled.
This building is rectangular in two heights. The factory is of mud and brick and gable roof. In its main facade overlooks a rectangular courtyard on the opposite side, to farmland. This palace monastery monks teatianos convirtióen and later in a farmhouse.

Data of interest of Casasbuenas