Santa Ana de Pusa is the last town founded in the Sefiorio de Valdepusa, being its first founders Diego Garcia Lopez and Blas Muñoz in the 1522. These deceased, the Lord de Valdepusa, in 1524, founded a settlement and to be able to repopulate it, grants letter puebla October 16, 1526 to twenty-two residents of Magan, who called the place as "Santa Ana de Bienvenida".

"The first seems that they were two small villages the Canchar or scree and the other around the Hermitage of our Lady of welcome. The name of this place is that it is their church dedicated to Santa Ana and because before there was a Hermitage at half a League of the people dedicated to our Lady of welcome. It is a village of San Martín de Valdepusa. The Administration is in the hands of an ordinary mayor, an alderman and a Butler, with a jurisdiction over the lawsuits of 100 mrs, when they exceed that amount going to San Martin. It is land montosa, rough, with cliffs. "It's tired wood" of the Dehesa de Valdepusa, where there are deer. Runs to pair your term Brook Pusa. Lack their banks of orchards and nearly of fish. The village is lack of water. They will grind the Tagus River. His term is it's stretch, lacks pasta. At half a League to the West is the land of Talavera, villa which bring the most things and Santa Olalla; the salt comes from Las Espartinas (is rock salt). Because they are poor they may not bring Texas to their homes. The Church is small, it has built handouts from neighbors".

The cultivation of the olive tree is in this area one of the predominant products. Good example of this is the presence in this town of the cooperative of the field "San Sebastian", a company which has since 1970, dedicating itself to the production of oil. With a volume of manufacture of 500 tons of oil this company exports 80% of its production to Italy. The Montes de Toledo olive grove is the cornicabra variety and olive harvesting is done by shaking system.

The Hermitage of Cristo de la Salud has a square nave of flat roof. The cover shows an arch in brick with fascia, on which espadaña of brick from one eye. Topped with brick, whitewashed rest corners. 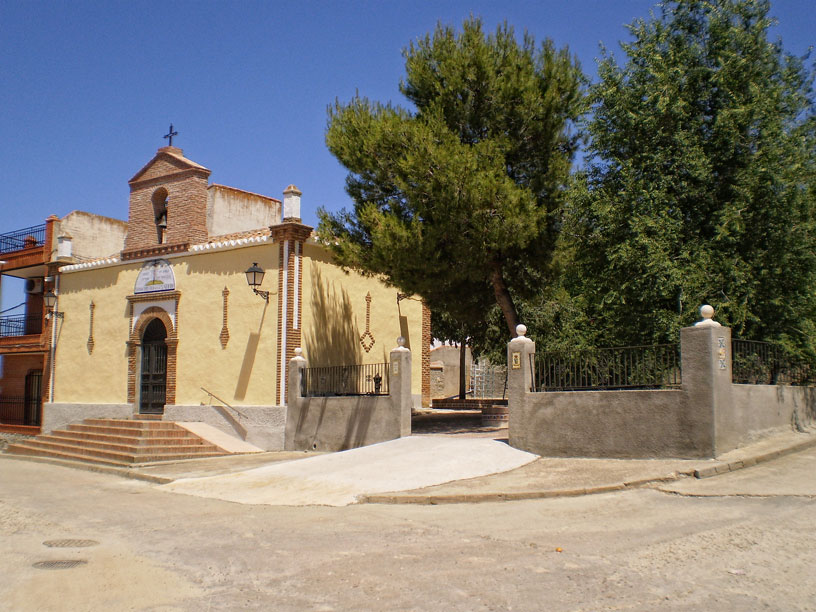 Give it this religious temple, which is located in the center town, it has a single nave. The chancel, five-sided, communicates with the ship with a prolapsed triumphal arch. In the footboard is located the choir and the square Tower. On both sides of the chancel are two chapels with semi-circular arches that start from the ground, above, they two windows. As access to the ship, are two-door pillared and confronted. The nave is covered with a simple coffered ceiling gabled. It has undergone considerable alterations. The side chapel, windows, Tower and exterior whitewashing are recent. 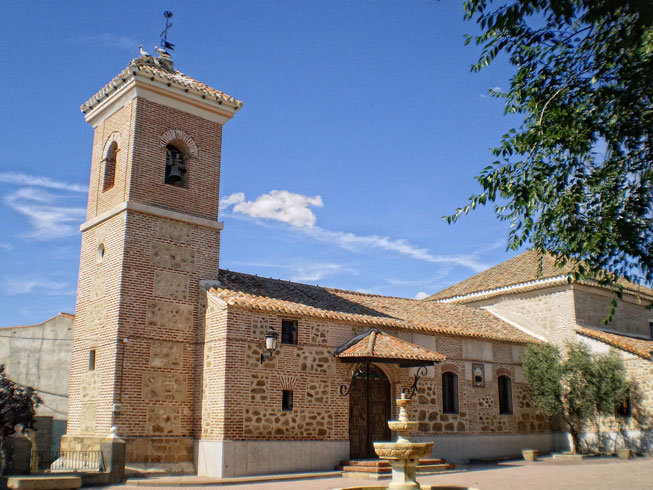 This three-eyed bridge is located next to Highway CM-401. Appear arches of brick about two central buttresses of semi-circular profile of masonry. Appears a dangerous crack in one of the side arches, and in the central is a plaque dating from 1852. Their situation is a good place for visitors to enjoy u us moments of relaxation surrounded by nature. 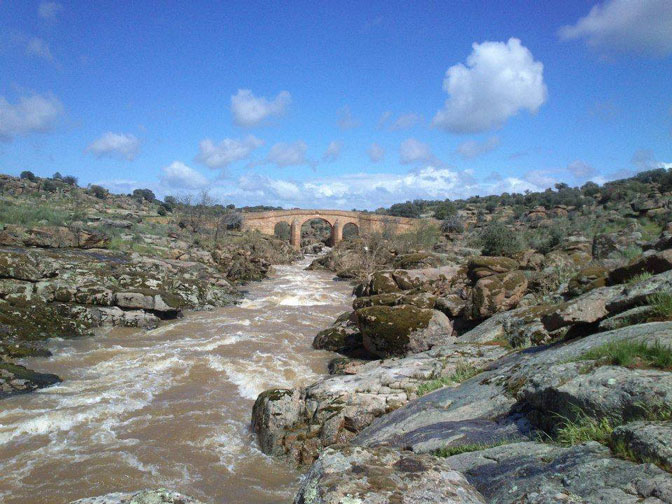 Built in 2006, this small museum set has been installed in the House of the masters of the old schools. 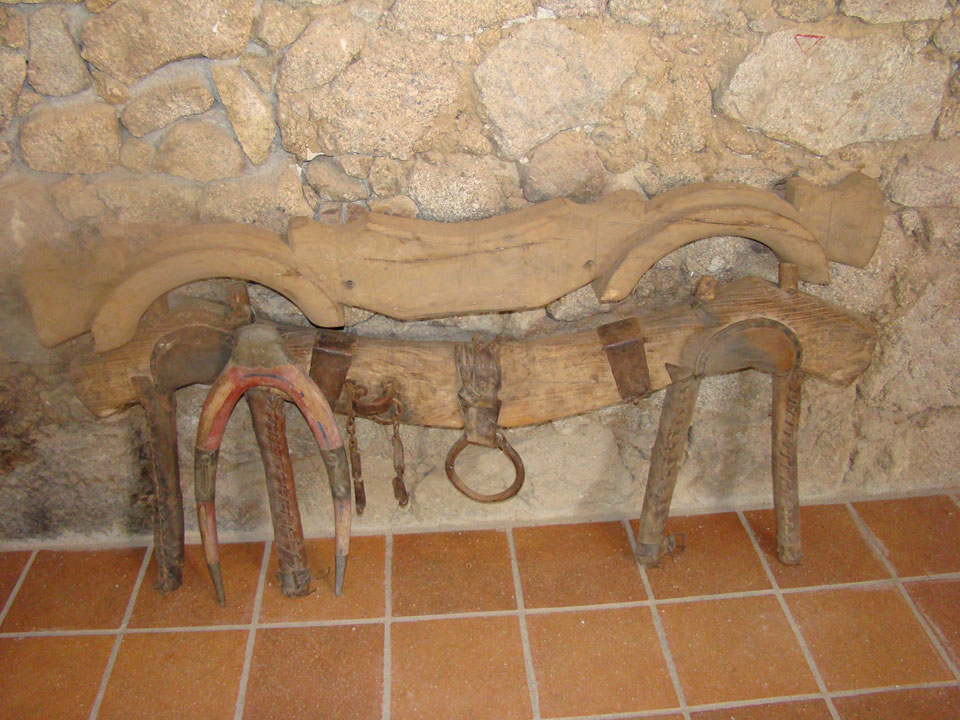 Today remains of 11 water mills scattered throughout the course of the river Pusa, some of which appear in the relations of 1578. Given the seasonal nature of the river, in drier times they are neighbors had to go to ground to Tajo.
Within the territory of Santa Ana de Pusa the mill appears Colado, south, bordering the end of The Navalmorales; following downstream, about 3 km appears the mill of the Alamo or the Luz, where the river is dammed and later, just over 1 km, the ruins of the mill or Uncle Marico Bridge, next to the bridge is located Malpasillo. The latter has the curiosity of having two cubes to move, while the two stones that produce flour. Of the three mills, the Colado and Uncle Marico ground grain until the middle of last century or so.
It seems that the only Alamo mill produced electricity for the people, hence it is also known as Luz.Otros mill buildings of interest in the municipality are several farmhouses in varying degrees of neglect such as " henhouse "," Fresnedilla "," Casting "," Wanderer "," Corral de Vacas ". Next to the mill of the Alamo is a nice hut built condition of granite. 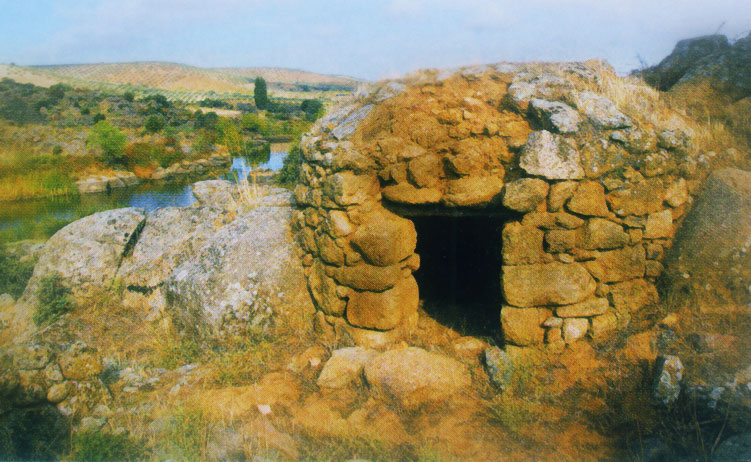 Santa Ana de Pusa offers 4 routes for its natural environment, all accessible from the village. Perfect to perform them on foot, by bike or even on horseback.