At the beginning of the 13th century the villages of Dos Hermanas (Navahermosa) and the Malamoneda (spring) are secreted the territory of Montalban by donation made by Alfonso VIII to D. Alfonso Téllez de Menesse who entrusted the repopulation of the mountains to the Guadiana river.

By this time was already born the old Brotherhood of Toledo, the castles of Dos Hermanas and Malamoneda, residence of the officers of the old brotherhood, the mountains guarding from these watchtowers, caring for their livestock and beehives. Next to the 15th century are three villages that we know in the vicinity of the current Navahermosa: Dos Hermanas, El Castillejo and Cidenilla.

To depopulate Cidenilla its inhabitants settled West of the castle of two sisters together with hive Inns and homes of the officers of the old brotherhood that kept the aforementioned fortification, this being the original nucleus of Navahermosa, whose Foundation we can establish it towards the middle of the 15th century. This new settlement zone allows a better use of the land, what makes the new village to develop and benefit from new settlers until the middle of! XVI century.

Data of interest of Navahermosa

Handicrafts and typical products of Navahermosa

As in many villages of the well known region of Los Montes de Toledo, the oil is part of the culture and gastronomy of the town and is not for less when this municipality has almanzaras and two baggers.

Forging a great importance in this town and is that this Township we find several workshops of forging in which tourists can purchase a variety of products made from this material. If you are in this town don't go through any of its Toledo forging shops.

The first Navahermosa Council House was located on the granite quarry that was used to build the Church. It was not until the year 1630, when it moved to the current location. Around of the year 1837 it was built beside the old town hall, the prison of the party, whose units suffered in the year 1883 a large. Disappeared this jail these dependencies are unified to the known Town Hall of the town. The new structure of the Town Hall is one reform integrates, being respectful with the past and adapting the new facilities to provide the best possible service to citizens.

Legend has it that among the old walls are enchanted two beautiful berries, to the morning of the day of San Juan lost enchantment and fall washing to Brook, after they come back inside. Without a doubt, a story that attracts many curious who come to admire this building located two kilometres east of the town. It is believed that it was built between the 12th and the 13th century. Its structure conforms to the rocky landscape that has been built. The walls that have a thickness of two metres are mampostreria. This piece of architecture is one of the oldest in the province of Toledo. 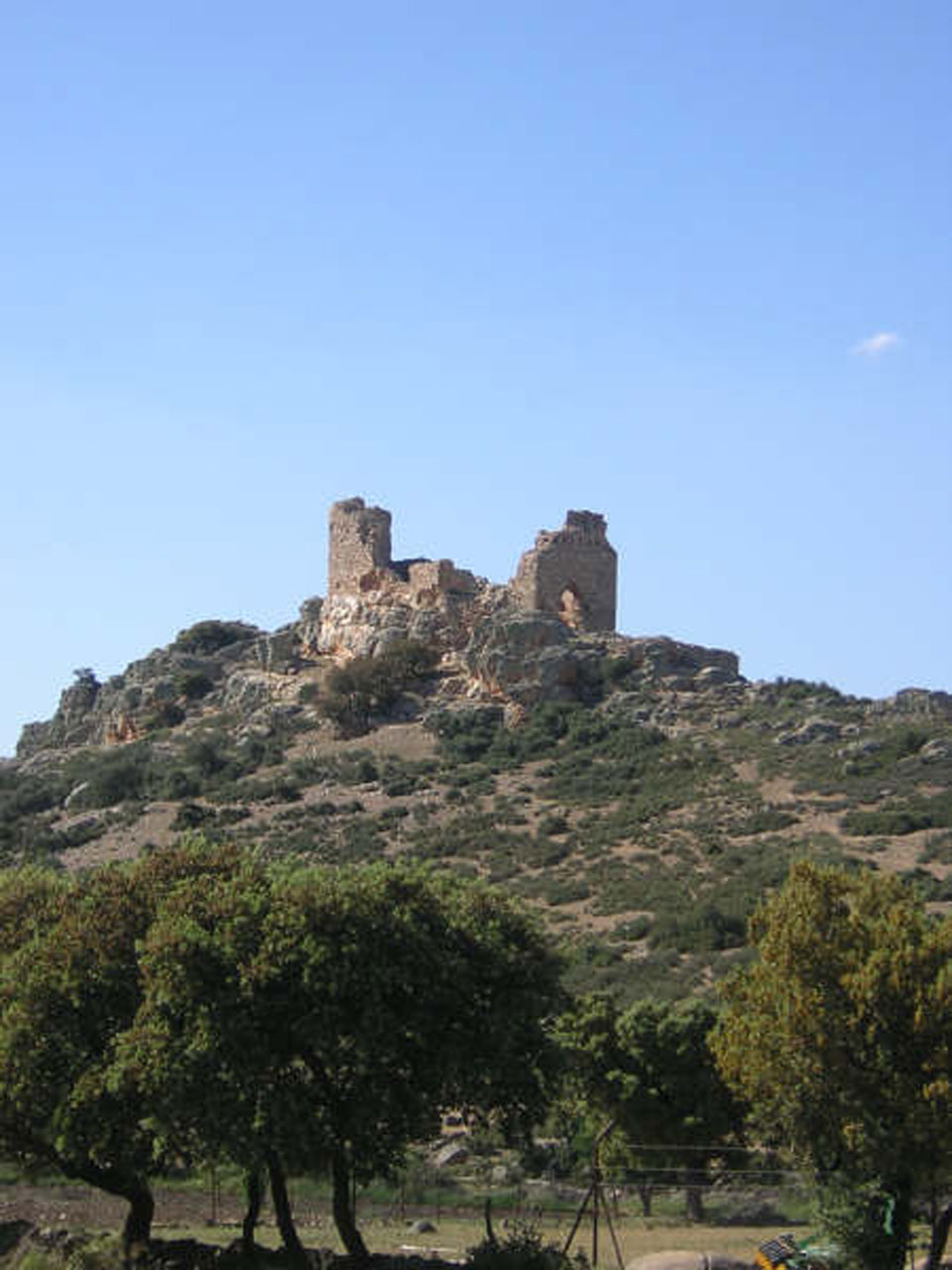 In the sierrra surrounding the village rises the chapel of our Lord the miracle, "the Milagra", to which held a procession, along with spring, with a long tradition in the third Sunday of the month of May. This building was rebuilt in 1944 after the destruction of the original during the Civil War.

The construction of this temple started in the 16th century on the ruins of an earlier Church from which no vestiges remain. It has a central nave with several aisles and chapels in the transept and canon. The tower was built at the end of the 19th century, replacing another of 1827. The temple was also with a magnificent Baroque canvases of Carreño Miranda altarpiece and a crucifix of mountain all disappeared during the Civil Guerra later donated to the temple with a lateral altarpiece Germán López, Grandmaster of Toledo of 18th-century Baroque imagery and any size of this same sculptor as a San Benito. Notably, the magnificent Baroque organ of 1775 come you of the monastery of the Comendadoras of Santiago of Toledo, which has recently been restored.

The Hermitage of San Sebastian

This ancient chapel which appears for the first time documented in 1576. It was rebuilt in 1671. It is rectangular. Both end carriages are made in factory of masonry, ashlars in the corners; on the longitudinal sides factory is masonry at the bottom and on the stands with drawers of rammed earth between double verdugada of brick and lateral buttresses. He had a Baroque altarpiece painted of which still remains in lathe to a niche for the titular Saint. The highlight of the building is its coffered ceilings, simple weave, consisting of a bowl of pair and knuckle with 14 classic shoes.

Houses of the arcades

Magnificent specimen of popular House of the 19th century, on portals of the previous century with ochavadas plastras and built-in base where you can appreciate four lilies, all this good Bill. It continues with the rest of another portal different, more popular, to the entrance arch.