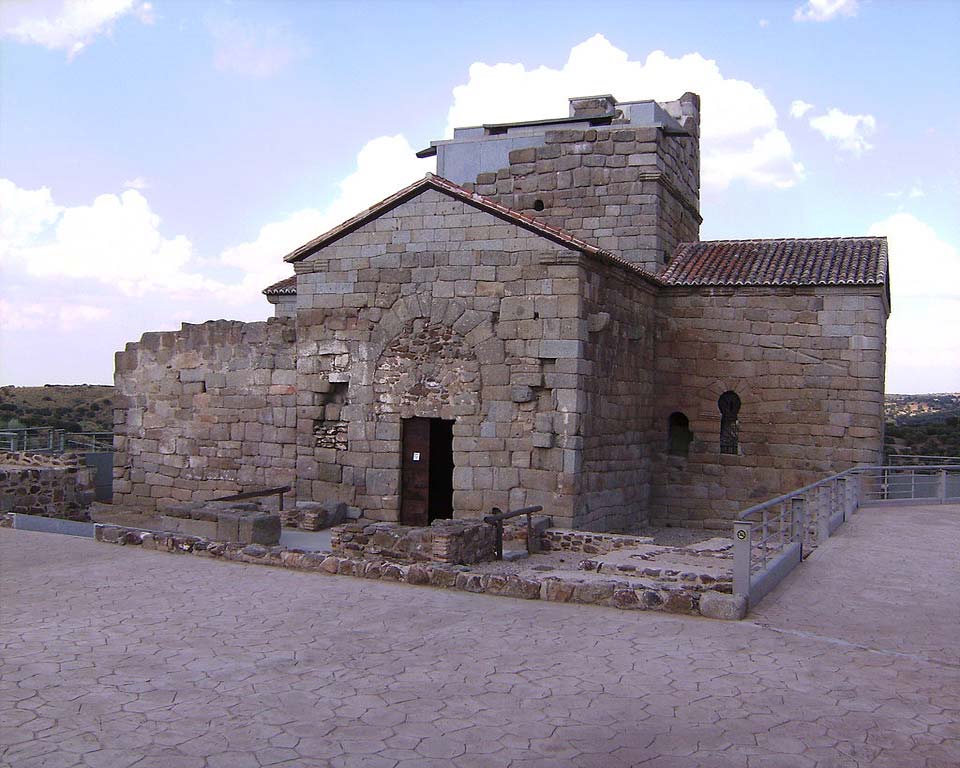 During the late Roman period , these lands , like the whole of Hispania , were suffering from the aftermath of the crisis that affected the Western Roman Empire in the third century . This led to a gradual demographic and economic decline of urban life ( with the impoverishment of their social groups ) and a gradual concentration of the population in the field.

Thus, the villae acquired with boom , and in them the owners exercised a growing dominance over the peasants.This crisis was sparking a major weakness of the Roman Empire , especially on its borders towards the peoples "barbarians".

409 people entered the Peninsula different European centers as will the Alans , Suevi and Vandals . As a result of the instability of the time, many of the Villa is that had been built up in the late Roman period were disappearing throughout the V century. 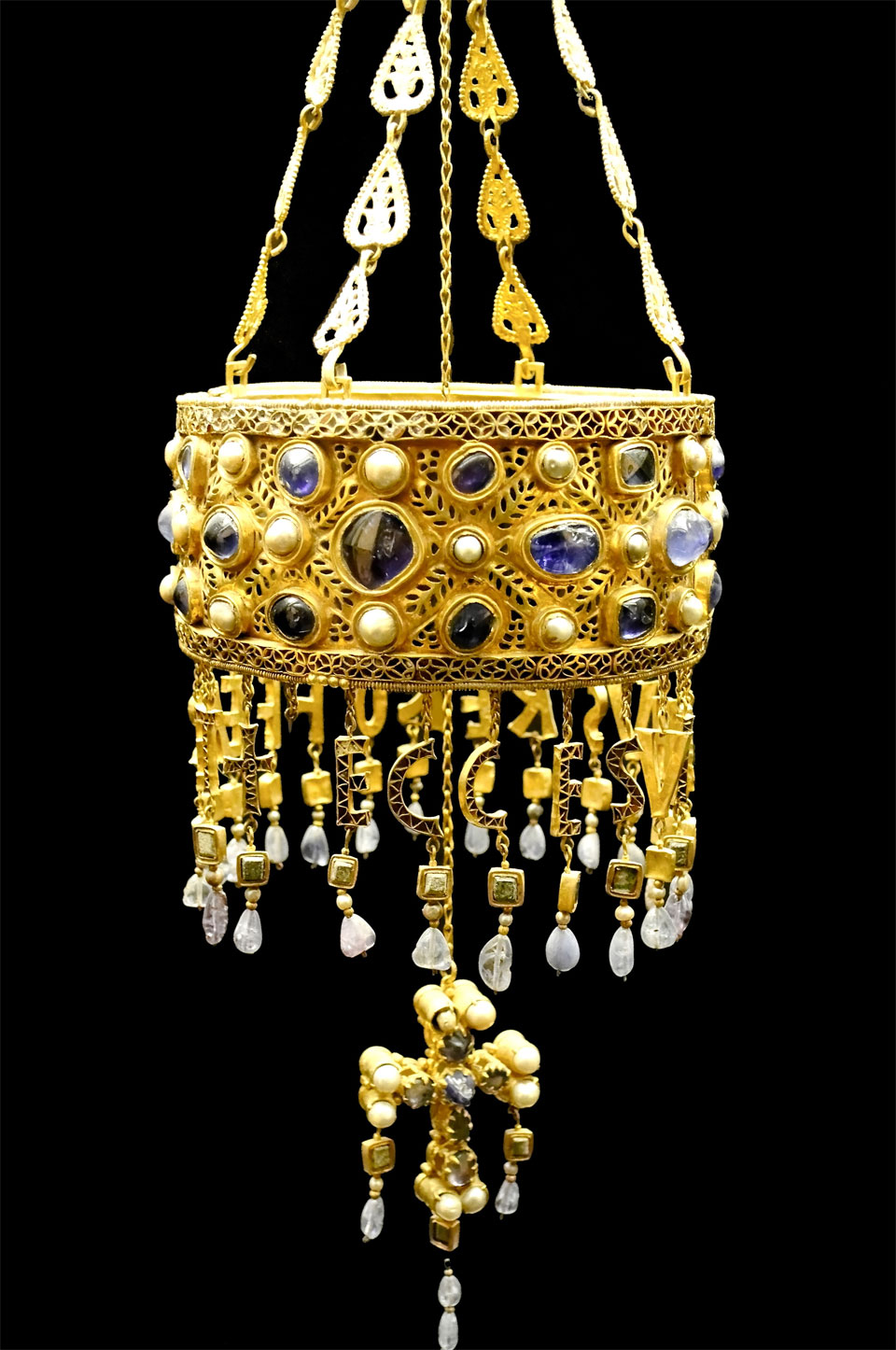 This complex process invasions power changes, instability, etc., will culminate in the settlement of the Visigoths in the Iberian Peninsula, making Toledo the capital of his kingdom.
As of right now, Toledo will become the place of residence of the leaders and owners of vast territories estates. The church hierarchy with bishops at the head acquires a relevant role in the articulation of an urban society that the Church becomes the main institution owned land. All this will cause a conversion of dependent capital countryside.

Toledo exerted by the capital as the most important urban center of the Visigoth kingdom, led to the abundance of settlements between the Montes de Toledo and the Tagus River, where the formation of small villages, will restructure the rural landscape. Representative buildings of this period are found in the municipalities of Sonseca and Orgaz. Sonseca Casalgordo include churches, oriented from east to west.

It is a Latin cross with a single nave built in masonry and reinforced with corner blocks. The roof is gabled, with wood inside and outside curved tile. Secondly the hermitage of San Pedro de la Mata, has a primitive part of cruciform plant consists of a rectangular apse; one anteábside with two side entrances to the entrance to the apse, but not immediately to them; a cruise that opened with four arches on pilasters mounted; cruise ships now have doors on their respective end walls N and S in its walls O, and a ship with lateral feet also estradas on the walls N and S. The original building suffered heavy destruction, so that only known certainly a fraction of the original building. The apse only know rectangular outer shape, and most likely outside of the front line which today is preserved. We also know the external and internal line the walls of anteábside and believed that the four eastern pilasters are primitive cruise.

On the other hand in Arisgostas, a district of Orgaz, are the ruins of the archaeological site of Milestones, a former monastery in the seventh century AD, where today there are some ruins, many of them exhibited at the Museum of Visigoth Art town. 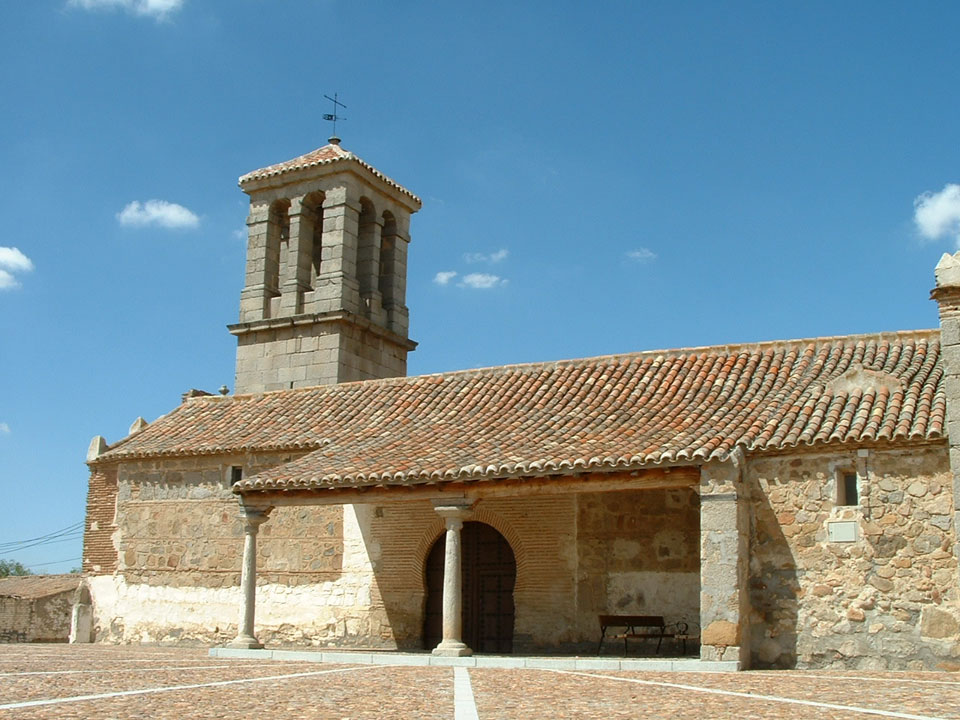 Other Visigoth enclave would be the monastery of Santa Maria de Melque in San Martin de Montalban.

Besides these settlements , the latest archaeological data we are providing important information about the settlement of these lands.

Other important findings like coins found in Layos the Visigoth king Recaredo I, the Visigoth pillar in a house Galvez or the discovery of the treasure of Guarrazar in Guadamur , reveal the importance of the region in the Visigoth world. 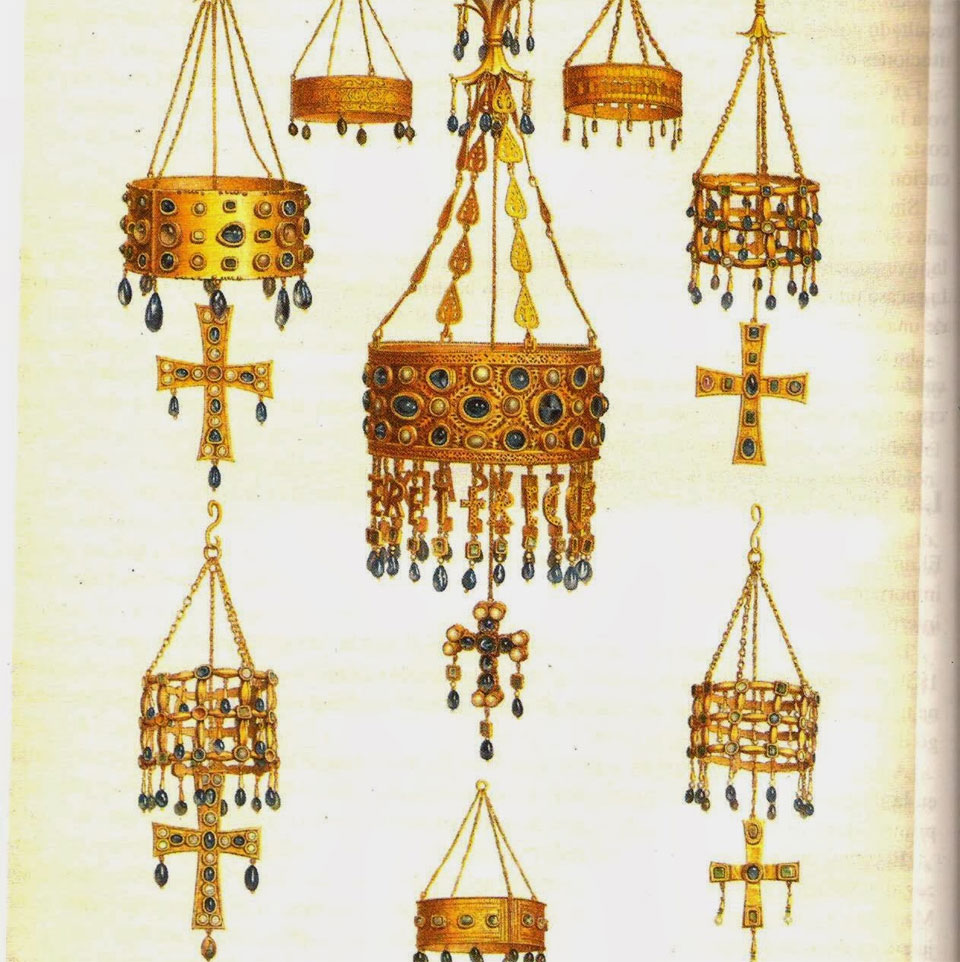 In the case of Totanés , according Emilio Ruiz Quintana , there is an ancient historical document that refers to the Church and mentions a monastic foundation founded by the hispanovisigodos , Eterio and Teudesinda , who dedicated the temple to San Felix ; news was picked up by P. Flórez in Sacred Spain.