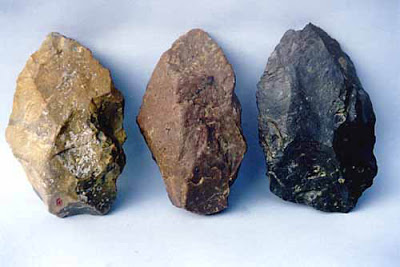 The Paleolithic is the longest period of human history and it occupies 99% of the development of our species . Chronologically it corresponds to the study of cultures that existed in the world since the emergence of the genus Homo , perhaps 2.5 million years ago to the beginning of the Holocene , about 10,000 years ago.

Traditionally this period is identified with the man long predatory stage , that part of his past where he lived from the exploitation of natural resources , without producing food through the domestication of animals and plants.

With regard to the province of Toledo, the first groups of hominids begin to settle during the Middle Pleistocene, atestiguándose evidence of their presence in the quaternary terraces of the Tagus River and its tributaries, by the finding of stone pieces as chooper, bifaces, triedos, etc. In this regard, it would highlight the materials located in the municipality of San Bartolome de las Open where he has documented an extensive number assigned to Paleolithic sites, mainly from the Middle Paleolithic. 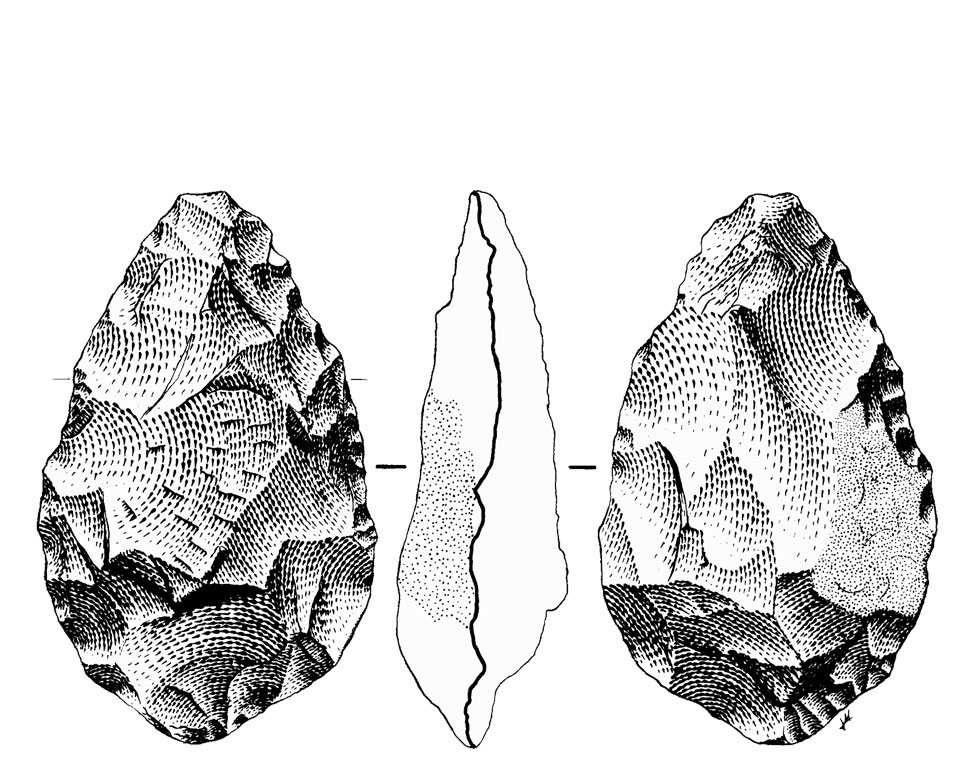 There are also other areas with significant dispersions of Paleolithic material as it is the case of the terms of Mazarambroz, Ajofrín, Almonacid de Toledo, Raven, Mascaraque, Mora, Polán, Pulgar, Sonseca and Las Ventas con Peña Aguilera.

The location of these stone sets made mostly in stone quartzite, but also in Flint, they come from the contribution fluvial terraces or different frogs, which provide a large amount of material raw material for the realization of tooling. For this reason, the Paleolithic material documented, is mostly isolated findings or areas of dispersion, in which there is a stratigraphic context that provides information about the way of life.

The most characteristic tools are songs worked, bifaces over quartzite stones, scrapers, flakes made of flint, etc., belonging to the Middle Paleolithic and upper.