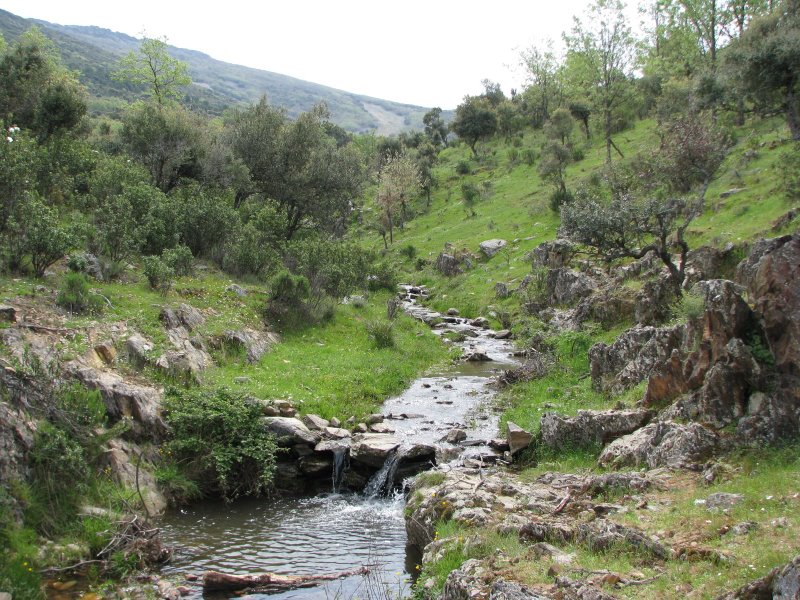 In the region of the "Toledo mountains" are a total 12 protected natural areas that correspond to a National Park, a forms of Flora, a Natural Monument, a river reserve, 4 places of Community interest (SCI) and 4 zones of special protection for birds (ZEPA). Cabañeros National Park, was declared as such on 20 November 1995, previously was the Natural Park category (since 1988). Extends between the provinces of Toledo and Ciudad Real and in its entirety has an extension of 40.856 has. The region occupies a 2.972 has of the municipal district of spring, in the extreme southwest of the territory.

In 2003 are declared at the regional level, three protected natural spaces, the snowdrops of the peat bog of Valdeyernos in the municipal district of Los Yébenes which occupies about 4 ha, a small part of the river reserve of the groves of the miracle of a 9 has extension, in the southern part of the municipality of sales with Peña Aguilera and the Natural Monument of the Barrancas de Castrejón and approximately 31 ilk has , in the municipality of Polan. 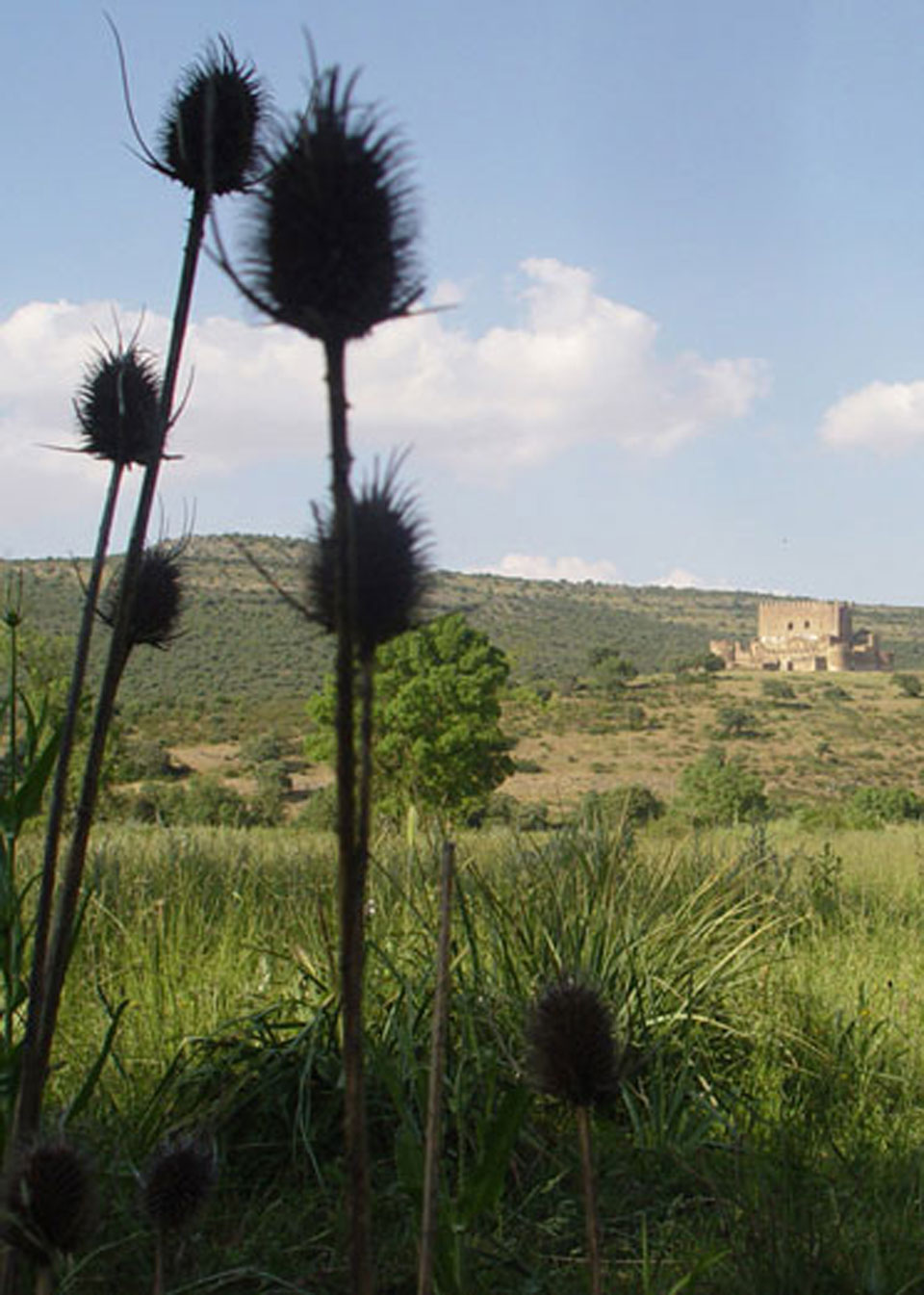 SCI and ZEPA declared by the Natura 2000 network areas cover approximately separately, 30% of the total County area. The area of SCI and ZEPA most important extension is the so-called "Montes de Toledo", with an extension of 106.519 has. Other areas with figure SCI and ZEPA are the "rivers of the left bank" and crags of the Tajo River with an area of 4184 has and the "Tagus River castrejon, Malpica de Tajo and Azután Islands" with an area of approximately 750 has in the region. It is also present the 'La Mancha Northern steppe Area' ZEPA and the the "complex lagoon of la Jara" SCI with 4288 has and 749 ha, respectively.

In addition to the Protected Areas, in some areas of the South of the region, mainly in the higher altitudes of the Montes de Toledo, are demarcated areas critical for species such as the Iberian imperial Eagle, the Iberian lynx and the Black Vulture, while areas of importance, and dispersion in the case of the imperial Eagle in the majority of cases, cover the entire regional territory. As an area of importance it should also be noted that of the black stork in the southern half of the region of the mountains of Toledo.

Finally, and as a sign of the great faunal diversity that has the region, some areas appear with the category of wildlife refuge as the Castrejón reservoir in the municipality of Polan and shelters Cardeñosa and the fifth of Don Pedro, both in the municipal area of Los Yébenes. 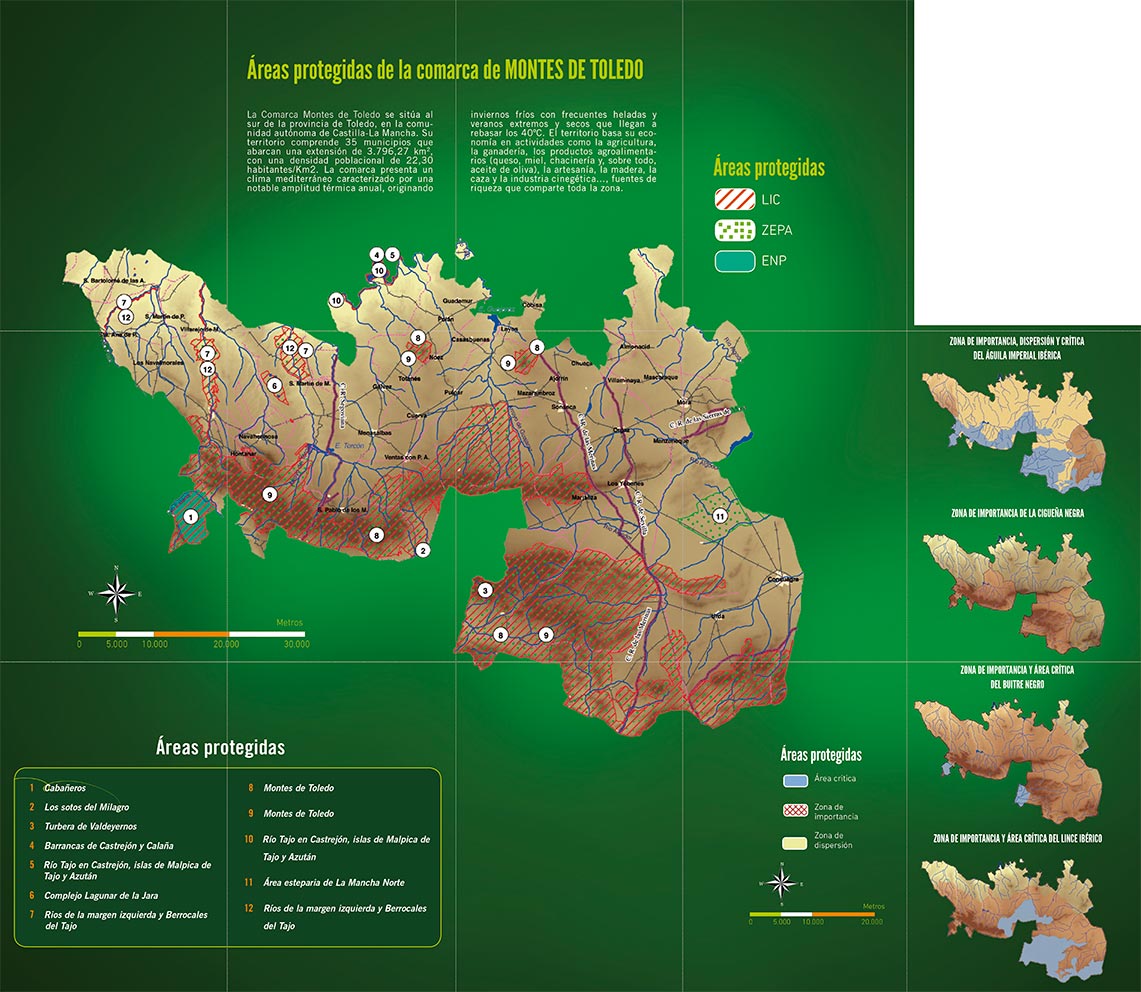