Route of the Templars 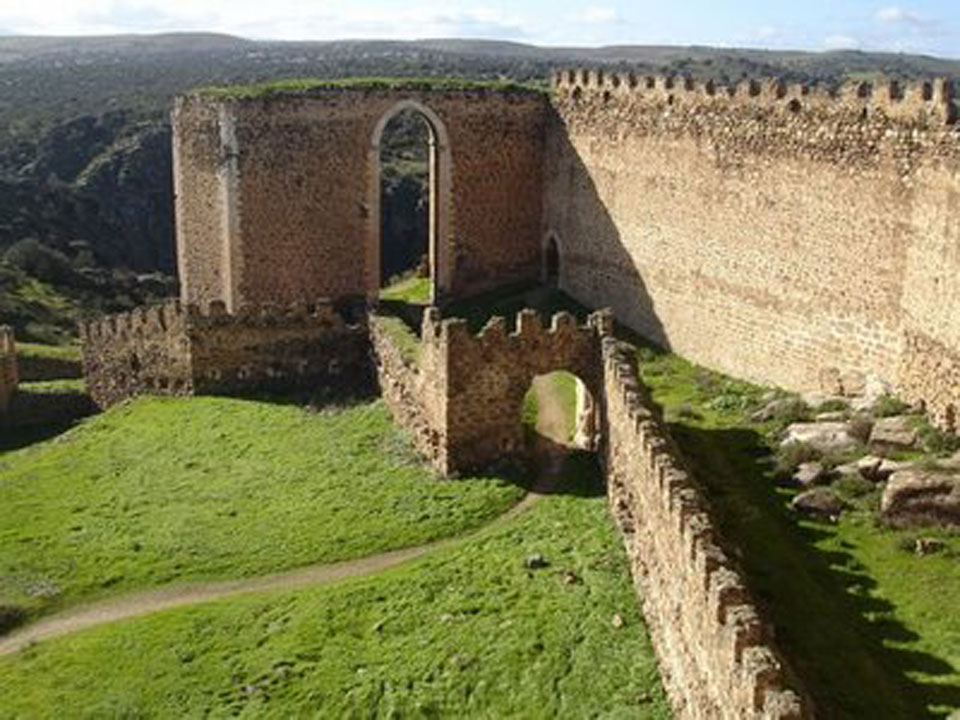 The Templar mark on the city of Toledo goes back to the thirteenth century , not knowing his activity in the city and except for some artistic or archaeological sites plundered in the early twentieth century , the documentary legacy of this Order in the city of Toledo is not extensive . They had major houses in the collation of San Miguel el Alto, even this church could be used by the Order. Here are some shields in the capitals. Near the temple a main house was the tradition points as the Temple Mudejar style where was the famous " Botica 's Temple" , a room decorated with Mudejar plasterwork acquired by the British.

In the province he had two charges, the most extensive in Montalban managed from the castle, which spread from the Montes de Toledo Tagus valley until onion and one in Yuncos.

To walk the lands administered by the Templars in the Montes de Toledo limited by Cedena Torcón and rivers from 1207, we will depart from Toledo to San Martin de Montalban.

The path can initiate, on the north from Toledo and south, traveling from Ciudad Real to Puerto del Milagro and Sales with Aguilera Pena. If we choose to exit from Talavera, the reference is the town of Los Navalmorales.

Whether we choose one or the other extreme, the starting point is San Martin de Montalban where, for the CM-4009, we will turn right to visit the church and monastic complex Melque, of Visigoth origin, where the Knights Templar He installed a convent in 1197. Returning to the CM-4009, compared to the narrow road we left, begins a path that leads to the Castle of Montalban, Cabe za of the parcel Templar. The castle, one of the largest in Spain, already existed when the Templars appear in the territory. Notably majestic watchtowers and defensive system. Impressive, too, are the views of the river canyon Torcón.

We left the castle, and headed back to San Martin de Montalban, where we can visit its historic do lega- and its wide range of architectural and cultural enclaves, visitors can tour inside the streets of San Martin de Montalban to reconnect with the Inheriting a tradition marked by the innate touch of history. The starting point we took in the Plaza del Ayuntamiento, after a visit to City Hall discovered the Church of St. Andrew built in the early seventeenth century.

From San Martin de Montalban we can practice a walking route, low difficulty about 3 Km. Approximately until the Canasta bridge of Roman origin, which connected the possessions of Montalban in the mountains and save deep pits showing the landscape environment. 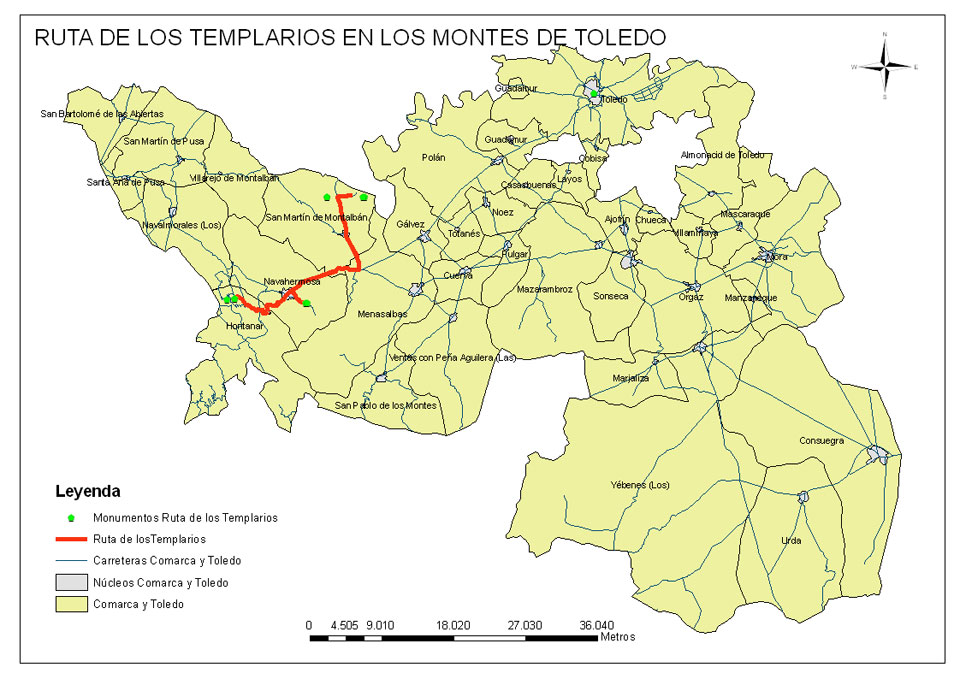 We continue the journey towards Navahermosa by the CM-401 road. Getting into the town we find the Hermitage of San Sebastián, west, across the wide avenue we find the Town Hall on the big clock tower rises, and this glimpse the Church of San Miguel Archangel, built on a former church of the fifteenth century. Once visited this city we leave it behind the church and go 2 Km. For compacted road before reaching the Castle of Dos Hermanas, located in a place that has something magical, tranquil and spectacular. There was the town of Dos Hermanas, possibly the result of repopulation Templar in the vicinity and later, in the thirteenth century, the castle was built to protect the southern border of Montalban. This area was border between Arabs and Christians where multiple clashes between the two sides took place. From this town we can make a route on foot visiting the wonderful setting, where we find the Hermitage of "La Milagra" where the procession on the third Sunday of May is celebrated.

The next point of our route is the municipality of Hontanar, picturesque village surrounded by the mountains of the Massif de Corral de Cantos, before striving toward Malamoneda can visit the Interpretation Center of the wilderness, his request to the city council. Then we head to the desert of Malamoneda, the road on foot from the road junction of Hontanar and Navas de Estena are 6 km., Approximately, where walkers must be careful to take, about 4 Km. a road that branches off to the left among some oak and chaparral, we continue down this road and at the end of it will sight Malamoneda Tower with the remains of the village of its former population. North of the tower lies a late Roman necropolis on the west and continues to the south, we find the buildings of the old town.

Returning to the main road next to the tower, the remains of streets and houses of the early Malamoneda cross, until a stream called Pasadero, Cedena tributary of the river. Continues the path between the orchards where the ruins of the old castle rise up and missing church was located. The path continues to the river Cedena can wade and follow its course until we reach a dam across it, he comes back to the tower.

Hontanar back, we can go to our starting point, by giving Navahermosa on Route completed.