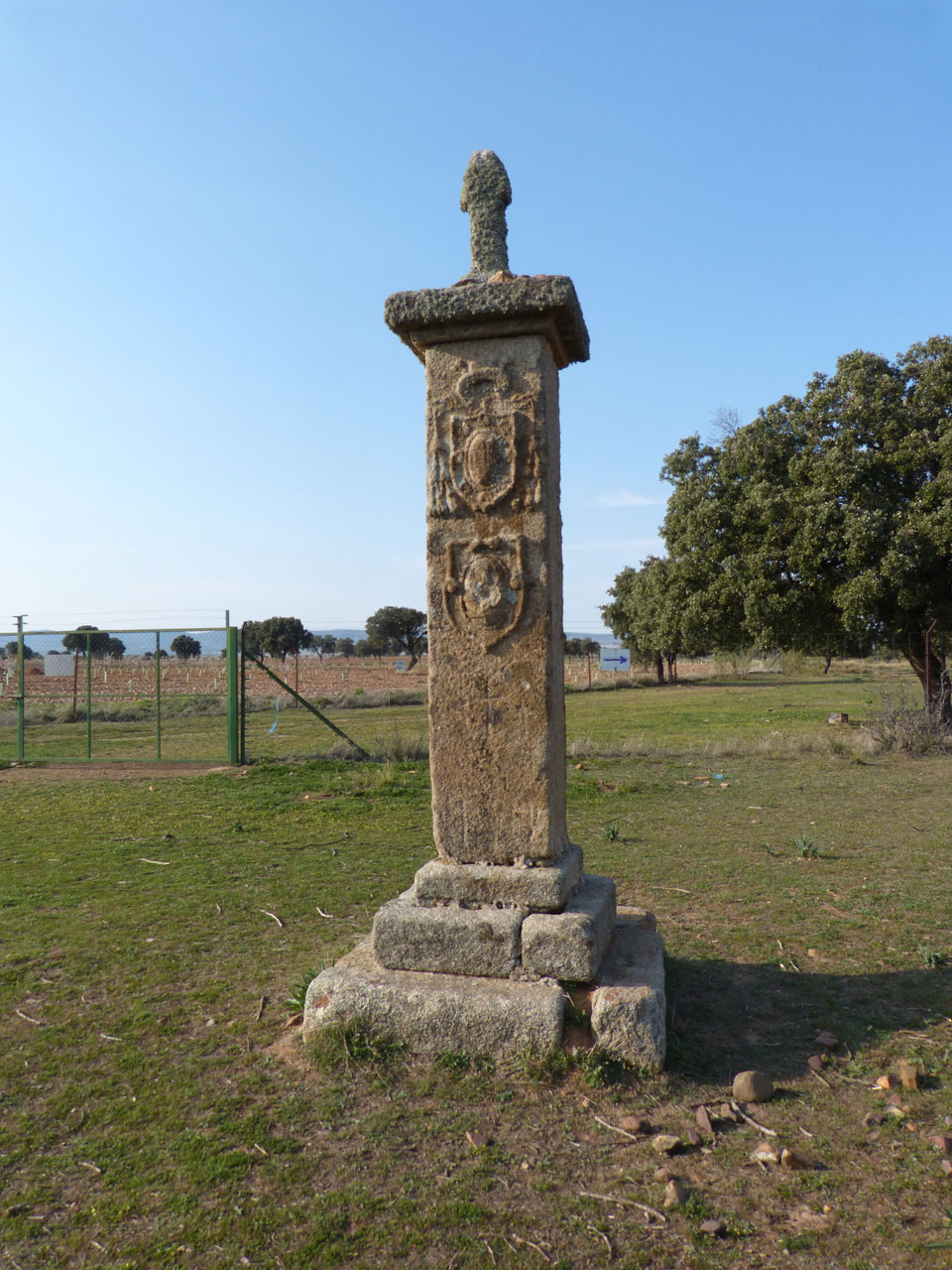 Free , cattle moves continuously in search of better pastures. This raises the custom of the biannual migrations. The real cause that forced the cattle migration, supported by the tough topographical and climatic contrasts the biannual change of herds were necessary.

In 1273, Alfonso X the Wise pastors gathered all in Castilla, in a national association and gave them a charter designating them by the name of "Honest Council of the Mesta of Shepherds". Was the institution that grouped the nomadic herders and was one of the main sources of wealth of the kingdom, making it possible, to the modern age, the development of a powerful international wool market resonances. Reyes Catholics are those who complete the legal and institutional building of the Mesta, these privileges are enshrined in the Laws of the Mesta 1492, the work of the legislature Malpartida. Other works are the 1511 collection and notebook Mesta, 1731, the last mustang code.

The master of all privileges granted grass was to possession, was that the owner of a pasture or grazing area could not evict, discharge possess a rancher who had leased mustang meadow or pasture that.

However, because of their privileges, the Mesta has gone down in history as an archaic institution of feudal reminiscences, devastating crops, impoverishing land and people. But few things have been said of the unique and innovative contributions to the Mestena coexistence and the development of social life culture of democracy in the making, the equal rights of men and women, the protection of animals against ill-treatment, the application of health standards for animals and the functioning of a rigorous and strict civil service.

The preparation of the herds in the mountains for the winter rangelands march began in mid-September. The herd of sheep, horses, cows and pigs, gathered in groups, one owner, called a cabin. Each cabin was under the command of a mayoral divided into herds of about a thousand head each. The dogs were kept with particular care and assigned the same food as pastors. Any damage caused to dogs were fined with a penalty of five sheep on.

When herds undertook the march, they were led by the "rams" and the sheep sheds. Passing through the paths walked herds twenty-eight to thirty-three kilometers a day, but the fly in the open field was not more than 11 kilometers, because they were eating. The game began in mid-April and sometimes herds were sheared in half way or to reach the rangelands. Arriving at the pasture, spring or winter, the first business was to repair the huts that would serve as a refuge for pastors. These buildings were roofs of branches, or stone, conical, and were located in areas called "flocks", places where livestock for overnight stay focused. 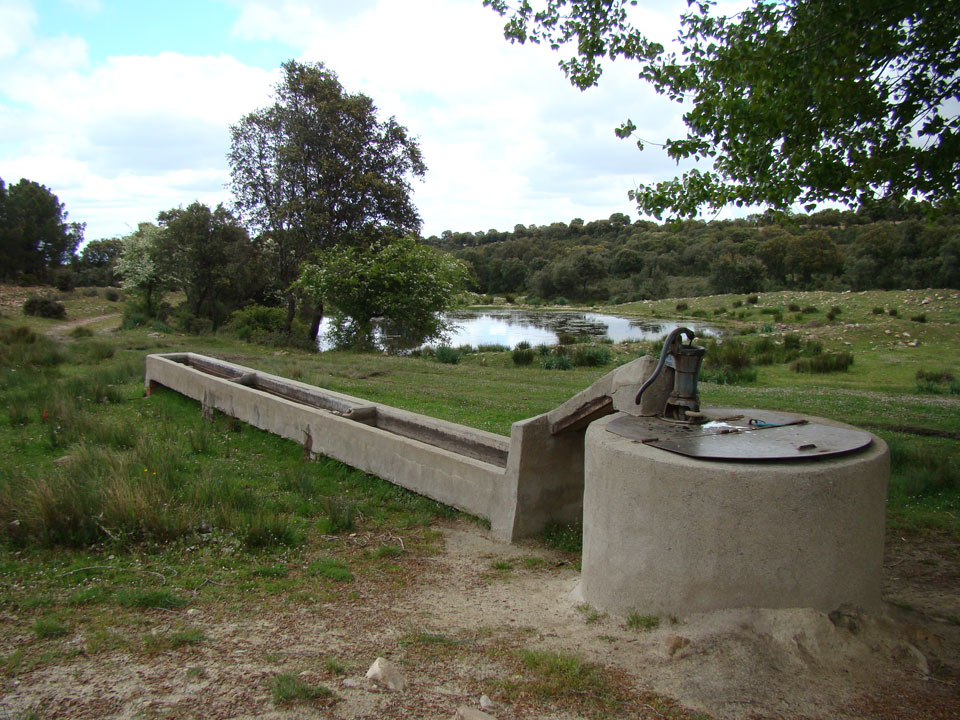 These shifts are performed, and even occur in some areas, through an extensive network cañariega consisting of cattle routes itself.

The canyons are the paths for transit of cattle. These roads were known under various names: "Cabañeras" Aragon, "the carreadas" Catalonia "real hawks" in Valencia and "creeks" in Castile.

In reality, these canyons were just a piece of adjoining road with cultivated land, because the road crossed open ground not delineated, nor was designated a special way. However, the popular Glen called to use any of the paths taken by the sheep to migrate from the mountains to extremes.

The concept of track livestock, like all systems of roads, holds an organizational structure based on its width, which reflects the degree of importance of the cattle track. So the Glens are the ways to channel the largest contingents of cattle, while young as Twine cattle trails, sidewalks and Coladas, distributors serve axes of cattle herds to pasture. In this sense the Glens have a legal width of 75 meters, the strings of 37.5 meters, 20 meters and the Paths Heats a variable width depending on the size of passage.

In addition to track livestock itself, a set of additional elements that complement and attended cattle trails network, such as Descansaderos, intended for resting animals and shepherds, the bowls that were pylons, streams and backwaters of rivers where cattle drank, the Cortaderos were narrow steps that could easily count the cattle,
real tolls that were the places where crown taxes were levied and Majadas. Other elements were the shearing house, washing wool, month- Tenas hermitages, shepherds huts, etc.
Ultimately assets integrated into the environment and form a unique landscape in line with the natural and rural environment. 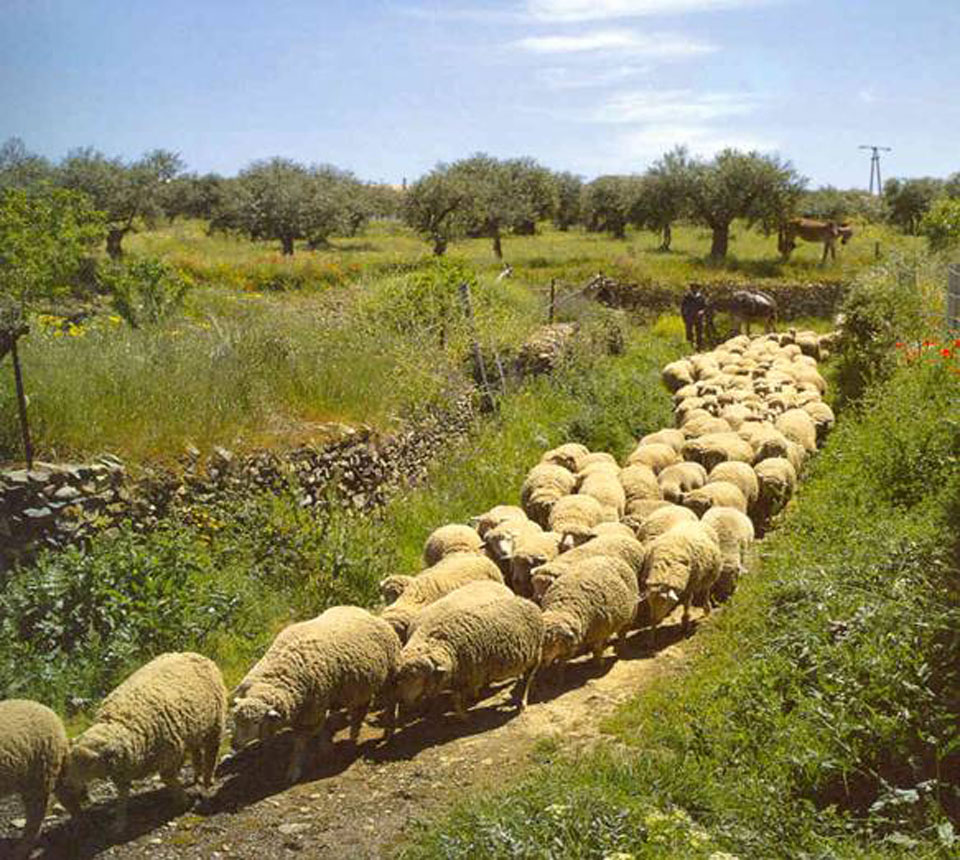 The region of the Montes de Toledo has been for centuries one of the main areas of transhumance in Spain . His story is very broad and is linked to the history of the Mesta since its creation by Alfonso X in the year 1,273 .

Cañadas Reales highlight five that run through the region of Montes de Toledo , these are:

Glens or drove roads where traffic passing herds for centuries remain today a communal well that while responding to a lifestyle that today seems to be to remember , being inalienable goods, they can not be dispose except as provided by law , ie , they can not disappear.

However, in Spain it is estimated that twenty percent of the cattle trails have been usurped and invaded .

These public roads should be reserved for agriculture and livestock and activities that respect the environment and nature.