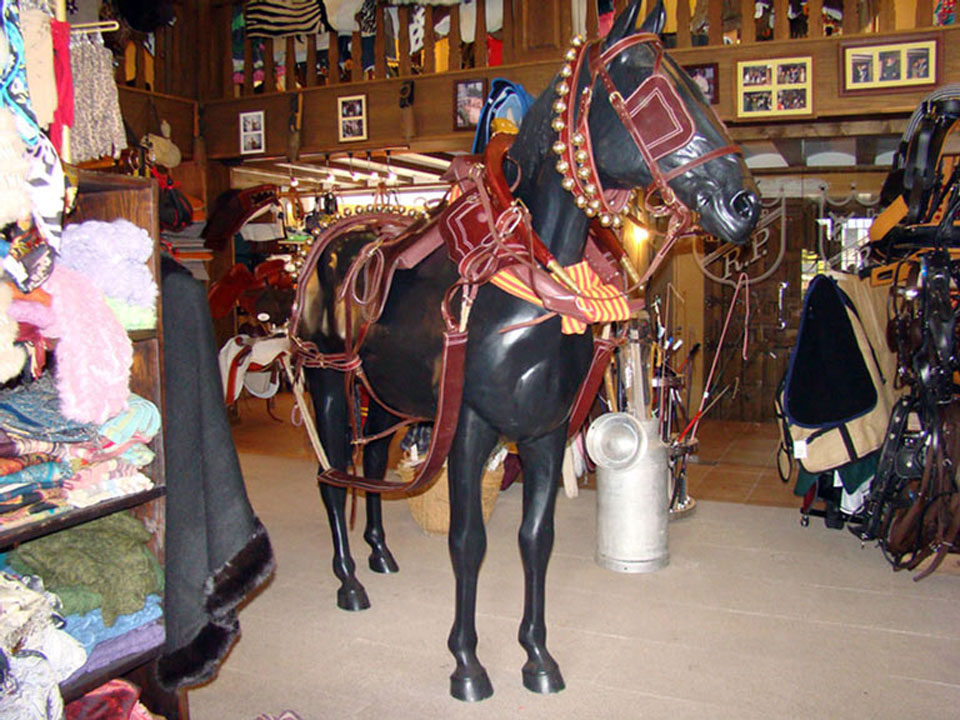 Special The Features, both topographical, geographical and environmental factors that make up the County of Los Montes de Toledo have led to craft a special sensitivity in its people throughout history.

Crafts in the villages of the region of Montes de Toledo is part of the history and culture of the people, generation after generation, they have dedicated themselves to this type of work, and forgotten for many by the current pace of life and the model of industrialized society in which we find ourselves.Craft professions quintessential work from natural raw materials themselves and the geographical area in which the craft operates.

Potters work with your particular product area are ceramics Crow, products made exclusively in this location.

They are pieces of glazed honey color and with decorative foliage characteristics, which give name.
Other localities with pottery mark the municipalities of Consuegra, Navahermosa and Los Navalmorales.
Leather

Treatment of animal skins, across the breadth covered by this term, shoes, gloves, belts, clothes, boots wine, hunting tools, farm implements., Is rooted in a basic need, the dressing, although the transformation of rural society in our century has been converted into product design, exclusive, with the imprint of things made mano.

In Los Montes de Toledo are abundant and varied samples of the best leather craft in all its versions. Leather, tanners, shoemakers, coopers, saddlers, to name a few, are part of a sector of great economic importance in recent decades. The world of hunting, horseback riding and wine are closely linked to manual work of animal hide.

Sales with Peña Aguilera or in San Pablo de los Montes have also specialized in leather goods and footwear, without abandoning the aforementioned clothing for hunting. Polan saddles for the most famous riders out.

While these lines have named some of the most representative populations work as skin is concerned, they are by no means the only, as this artisan work extends throughout the region of Montes de Toledo. 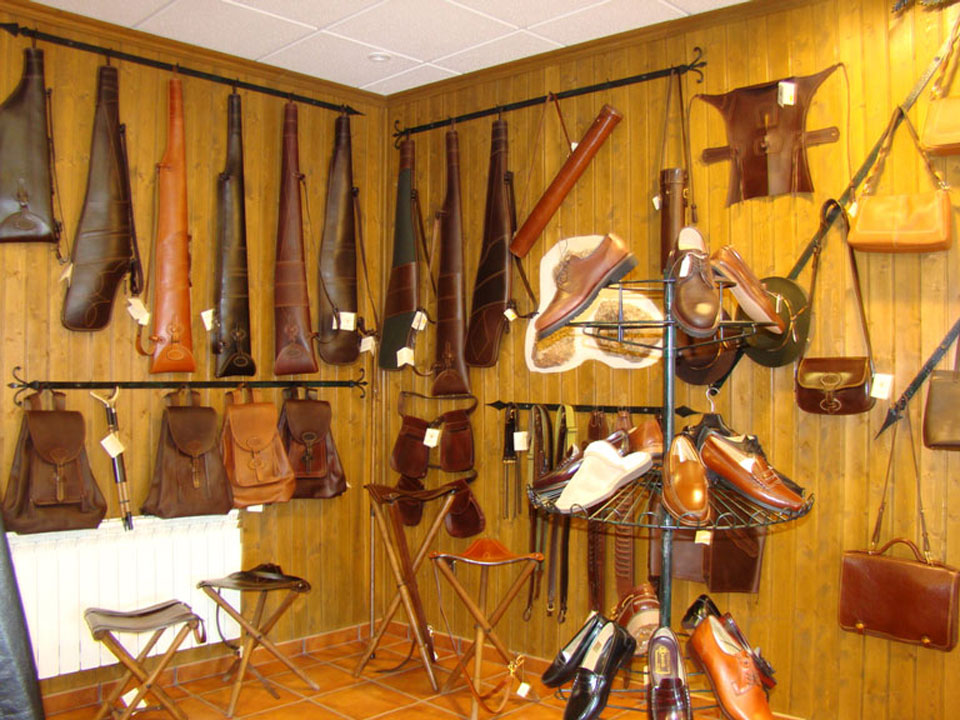 Toledo Montes know much art in their varieties forge blacksmiths, espaderos and knife.

Building tools and weapons was an exercise practiced by the Roman peoples, which improved with the arrival of the Visigoths and Arabs.

In the forges of the region working blacksmiths, espaderos and knife for historic armor. Swords, knives, bars and bells are some of the most common objects.

In the Los Montes de Toledo practiced notably forging. In these villages the good work of the blacksmith was paramount given the peasant character of its inhabitants. These blacksmiths and their ability to master your whim iron in the area have resulted in rejeros, artisans who live today with various forms of this craft somewhere between craftsmanship and mechanization.

This is a job that requires mastery of the material, so the family tradition is the leading supplier of new artisans.

The municipalities in the Montes de Toledo area that discharge stand out in this craft sector are Consuegra, Navahermosa, Las Ventas con Peña Aguilera, Noez and Galvez, among others. 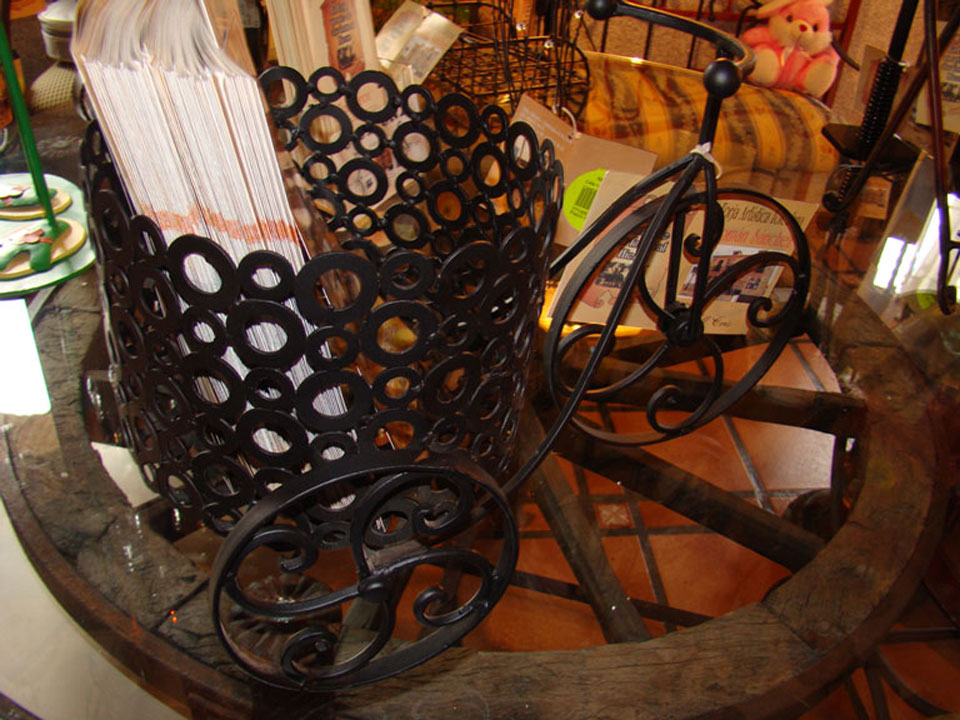 The art of dissecting animals to keep them alive with appearance, is a widespread activity in the region of Los Montes de Toledo, being one of the most important hunting points on the Iberian Peninsula. Hunters are the most demanding craft taxidermist. Haves and have an interest as a reminder of some specific game killed in hunts and camps.

Because one of the richest places in hunting resources focuses on Los Montes de Toledo, the highest concentration of craftsmen taxidermists occurs in places near the mountains and their foothills.

Desiccation, at first glance, it seems simple and easy to perform, but it is not, because the species being so variable, the shapes also vary, as well as how to keep their fur or feathers must have by the taxidermist , great skill in skinning the animal, so that your skin does not suffer deterioration. Besides the taxidermist must know the common positions adopted animal and so rebuild their positions in the habitat that usually frequents. For this reason, the taxidermist must also be a good naturalist.

In some workshops exploit the legs of the hanger pieces and the antlers obtained for lamps, also run sizes on deer antlers and handles for knives.
The main workshops are located in the towns of Las Ventas with Peña
Aguilera, San Pablo de los Montes, Los Yébenes, Navahermosa, Menasalbas and Mora de Toledo. 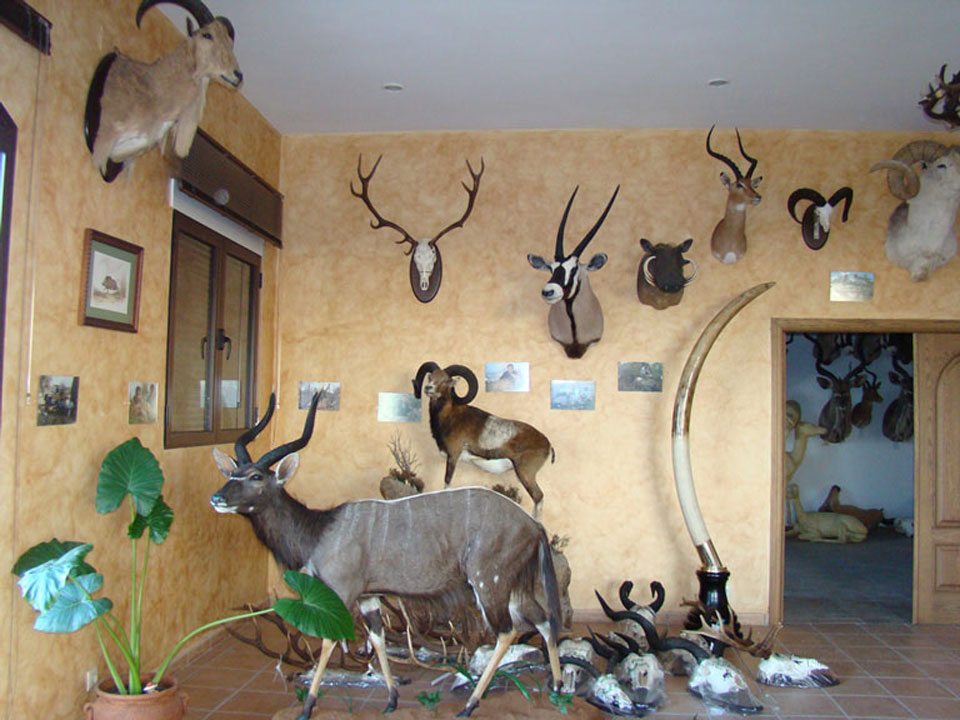 Sonseca excels in this office by the impact of its furniture " Spanish style " that has in Europe. And San Pablo de los Montes , Galvez , Navahermosa , Mora or Noez , bet heavily on the " Provencal style " .

The size of the wood also appears linked to the furniture industry . Sonseca , Polan , Sales or Mazarambroz some more exclusive pieces , adorning them with carvings , returning to the old artisan meticulousness are pampered . 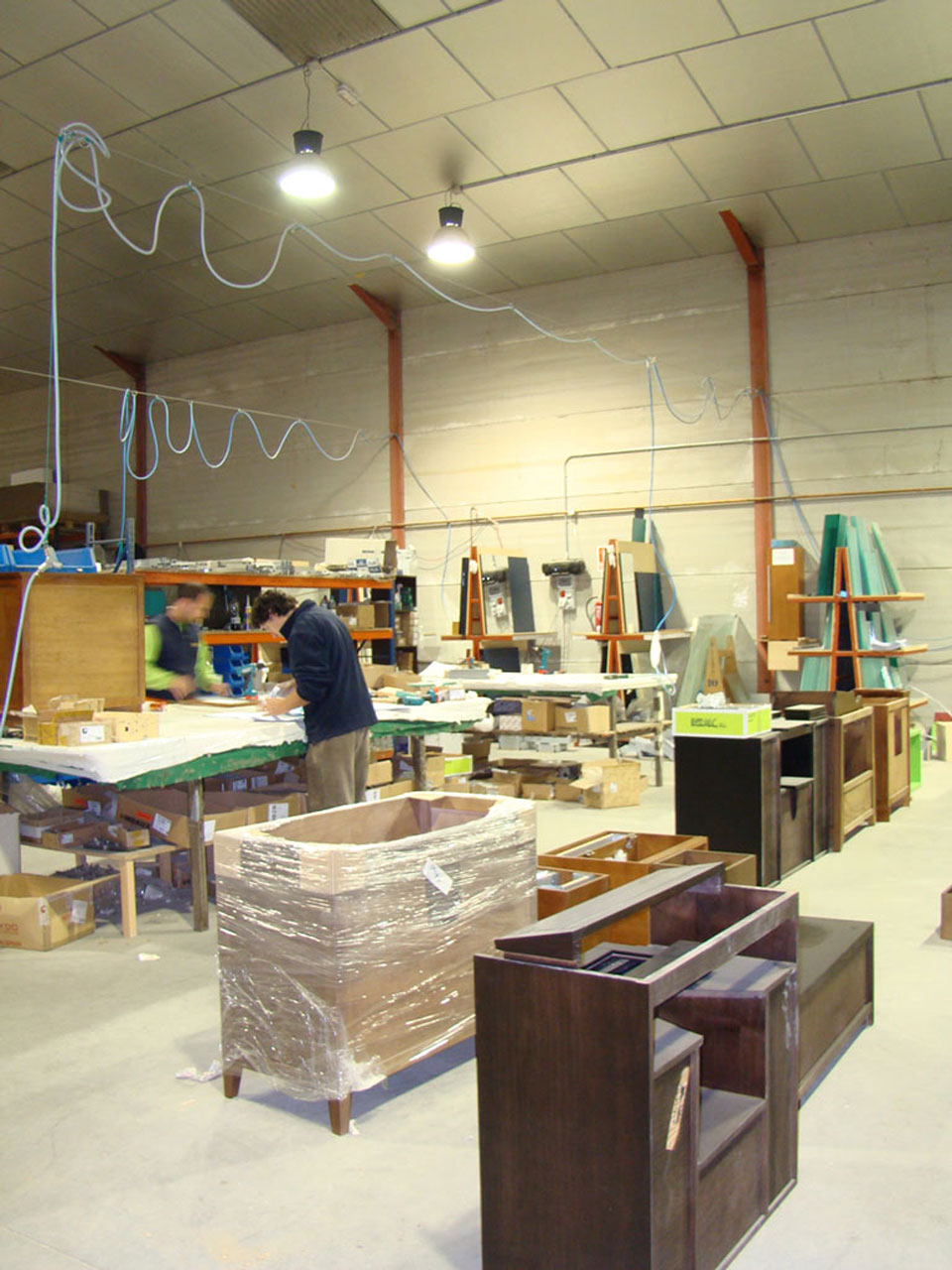 Carpets and rugs are the most prized traditional products in this area, highlighting Mora, Orgaz, and Guadamur Los Yébenes.

The work of natural fibers make it possible over the centuries dresses, carpets or rugs created traditionally by two female hands, and the County of Los Montes de Toledo is a specialist in the production of carpets and tapestries.

The region of the Montes de Toledo, which has had a glorious past looms and textiles has seen most of disappearing looms, spinning wheels or lathes being just a few: in Orgaz are still being woven rugs, Mora and Los Yébenes yet still they are maintaining some looms.

In scythe is one of the last workshops of pastry, garment made with the technique of embroidery cult, made with heraldic motifs, inherited the castle and medieval fortresses.
The stone is an important element in Toledo, exist throughout history many workshops on stone, particularly in the area of ​​Montes. In villages such as Las Ventas con Peña Aguilera, San Pablo de los Montes, it has been extracting stones from the Romans. Stone for use in construction and erection of monuments.

The most abundant type of stone is granite, but also give some kinds of limestone.
The beds of the Montes de Toledo stone extracted based chisel and mallet style walk from the quarry.

Office of strength and skill, as well as great creative capacity, but a very hard, because their conditions are often very extreme, what motivates that gradually are disappearing.

The stone work is divided into different forms, intended primarily for the preparation of building blocks dedicated to, and a more artistic aims to stone carving, producing shields, balustrades, balconies, capitals, fountains, fireplaces and a large number of decorative elements. These types of work, not usually done in one block, but you work stonemason different parts that once assembled will lead to the piece.